About 10,000 people have been evacuated near Berlin after the discovery of a massive unexploded World War II bomb. 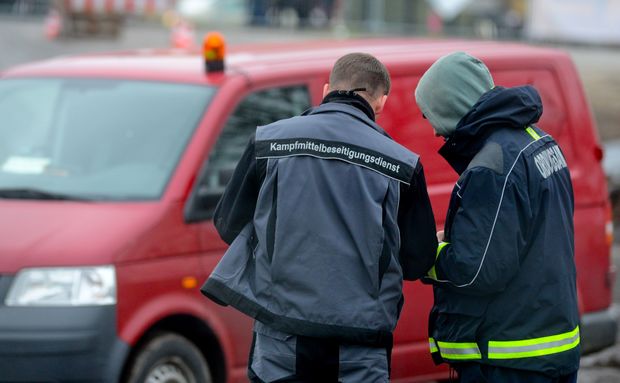 Members of the bomb disposal work at the scene where the unexploded bomb was discovered near Berlin. Photo: AFP

The 250 kilogram bomb was found during construction work near the central railway station in Potsdam.

A bomb disposal squad is trying to defuse the explosive, believed to have been dropped in a British bombing raid that destroyed much of the inner city of Potsdam in April 1945.

Berlin authorities believe 3000 bombs still lurk beneath the capital and experts warn that some are growing increasingly dangerous as they rust and their fuses grow more brittle.