Australian supermarket giant Coles has admitted to breaking consumer law and has agreed to pay a $A10 million fine for forcing down the prices it pays to companies that supply it with goods. 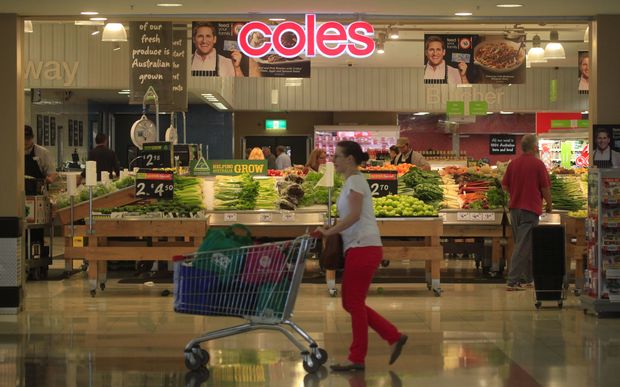 It has also agreed to set up a process for suppliers to seek refunds on payments they should not have made.

The move comes after the Australian Competition and Consumer Commission (ACCC) launched two legal cases against Coles, accusing it of unconscionable conduct.

A similar issue occurred in New Zealand when supermarket chain Countdown was accused of extracting payments from suppliers.

But the ACCC's New Zealand equivalent, the Commerce Commission, cleared Countdown of the charges against it last month.

At the time, the Food and Grocery Council said there might not have been technical breaches of any law, but that did not mean that unfair behaviour did not occur and it cited 90 complaints to illustrate its point.

The New Zealand Government said it is watching what happens in Australia, but has made no comments on the latest development.

When the ACCC first took its complaint to the Australian Federal Court, it alleged that Coles threatened to no longer buy or promote products if suppliers failed to make payments to cover losses due to waste - which includes shoplifting - and markdowns, and late and short deliveries.

Coles at first rejected any wrongdoing but reversed that stance yesterday.

A decision on whether to allow the settlement could be made by the court today.