At least 25,000 protesters have paralysed parts of New York and thousands more have marched in Washington DC, stepping up demonstrations across the United States demanding justice for black men killed by white police officers. 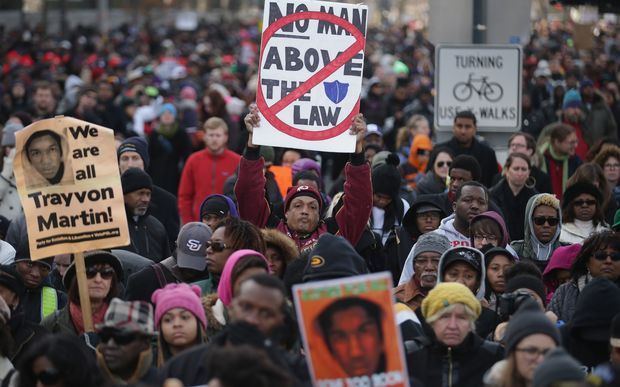 Thousands of people gather in Washington DC to march against police brutality and the killing of unarmed black men. Photo: AFP

Organisers said the marches were among the largest in a recent wave of protests against the killings of black males by white officers in Ferguson, Missouri; New York; Cleveland; and elsewhere.

The protests were peaceful although police in Boston said they arrested more than 20 people who tried to block a highway.

Relatives of Michael Brown, shot dead in the Missouri town of Ferguson, and Eric Garner, who died while being restrained in New York, attended the march in Washington, the BBC reported.

Grand jury decisions not to change police over either death have generated waves of unrest across the US. 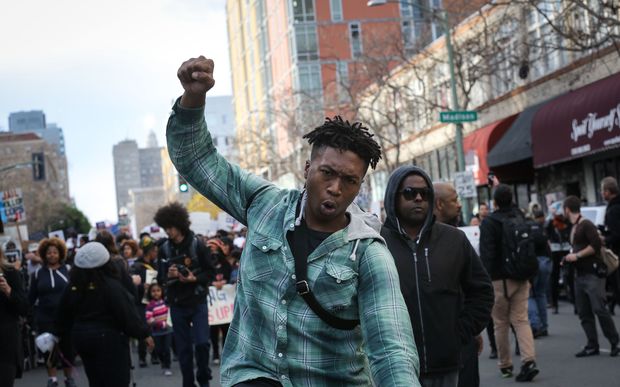 Organisers arranged buses to take demonstrators to the US capital from the length of the US East Coast. The marchers assembled at Freedom Plaza then began to walk down Pennsylvania Avenue, the main thoroughfare linking the White House and the Capitol.

The mood was described as calm but defiant with a large number of police on standby.

At the Capitol, speakers called for changes to US legislation.

"We need legislative action that will shift things both on the books and in the streets."

The National Association for the Advancement of Colored People (NAACP), the country's oldest civil rights group, was involved in the protest, along with Reverend Sharpton's National Action Network and the Urban League.

The event in Washington was called the Justice for All March, while demonstrations in other parts of the country were organised under the banner of a National Day of Resistance. 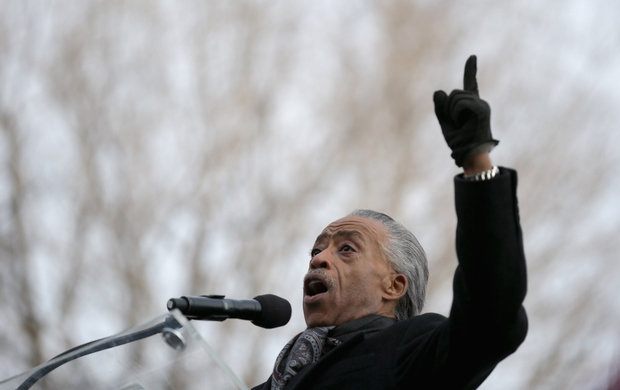 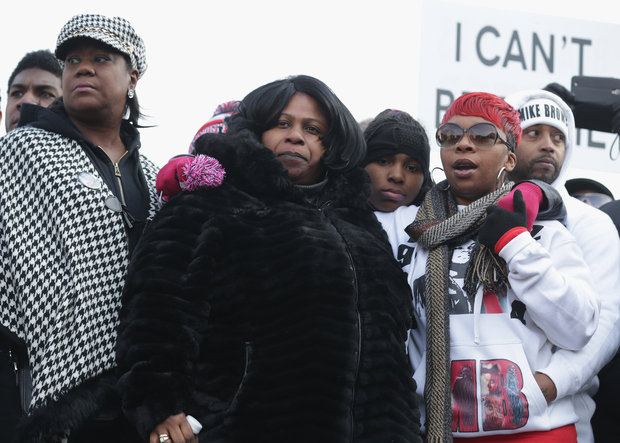