Missouri Governor Jay Nixon has ordered hundreds more US National Guard troops to the town of Ferguson to prevent a second night of rioting and looting. 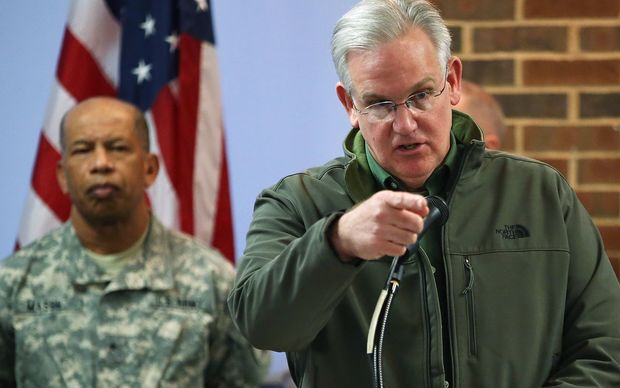 Mr Nixon said more than 2000 National Guardsmen would be in the region.

The violence occurred in the aftermath of the grand jury decision not to indict white officer Darren Wilson for the shooting death of unarmed, black teenager Michael Brown in August.

Lawyers for the family of the 18-year-old said the decision showed the system was corrupt.

Benjamin Crump and Anthony Gray said in a news conference that the process was unfair, as the prosecutor had a conflict of interest and Mr Wilson was not cross-examined.

"We could foresee what the outcome was going to be and that's exactly what occurred last night, but it is awfully troubling when you look at what was released and you hear about the police officer who shot Michael Brown Jnr," Mr Crump said.

"And you have to scratch your head, kind of like we all did, to say, when is the prosecutor going to cross-examine the killer of an unarmed person?"

Mr Crump and Mr Gray said a special prosecutor should have been appointed.

Civil rights activist Al Sharpton said nobody in the community was really surprised by the outcome, and they would fight on.

"Let the record be clear. You have broken our hearts but you have not broken our backs. We are going to continue to pursue justice."

Over 60 arrests in Ferguson

A police chief said the latest violence in the suburb of St Louis, Missouri, was "probably much worse" than on any night since Mr Brown's death, the BBC reported.

Many in the African-American community had called for Mr Wilson to be charged with murder but, after three months of deliberation, the Missouri grand jury - of nine white and three black members - made no recommendation of charges.

President Barack Obama joined the teenager's family in appealing for calm, urging Americans to accept the decision was "the grand jury's to make".

Authorities said more than 80 people were arrested amid chaos in several areas of St Louis overnight. Sixty-one of those arrests were in Ferguson - a predominantly black community patrolled by a mainly white police force - with charges including burglary and trespassing.

Thousands of people also protested in other US cities, from Los Angeles to New York. 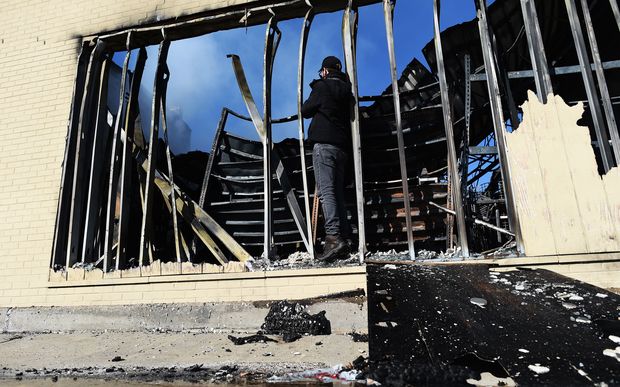 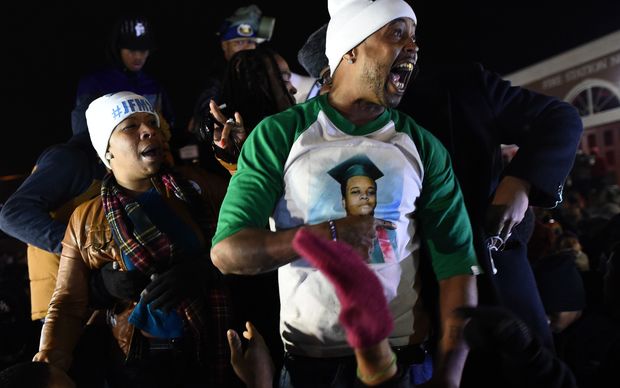 Much of the debate has centred on whether Mr Brown was attempting to surrender to Mr Wilson when he was shot. Protesters have adopted the chant "Hands up, don't shoot".

But state prosecutor Bob McCulloch, speaking after the grand jury decision, said physical evidence had contradicted some of the witness statements.

The jury was made up of 12 randomly picked citizens from the state of Missouri. At least nine votes were needed in order to issue an indictment.

Mr Brown's family said in a statement: "We are profoundly disappointed that the killer of our child will not face the consequence of his actions."

But they also appealed for calm, saying "let's not just make noise, let's make a difference", and calling for all police to wear body cameras.

Mr Wilson, 28, is currently on paid leave and has kept out of the public eye.

The ministry is also investigating practices at the Ferguson police department. 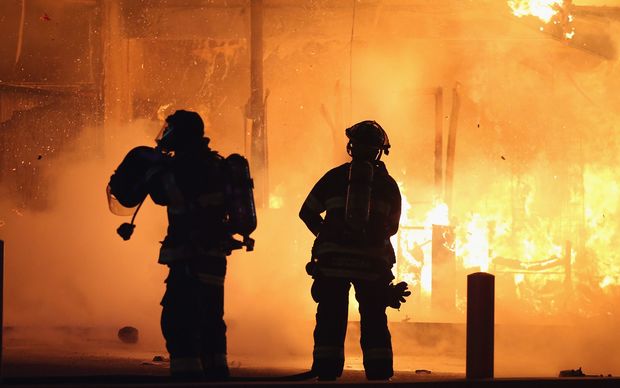 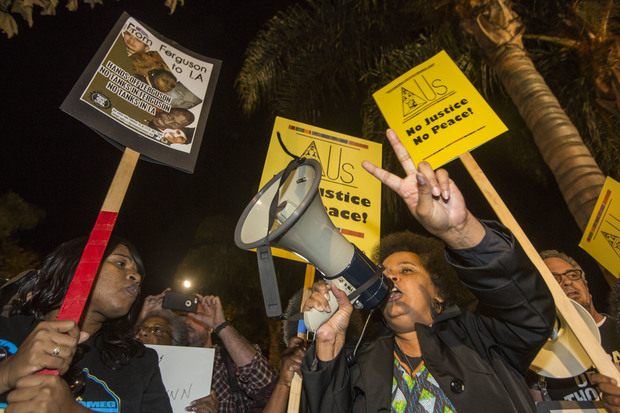 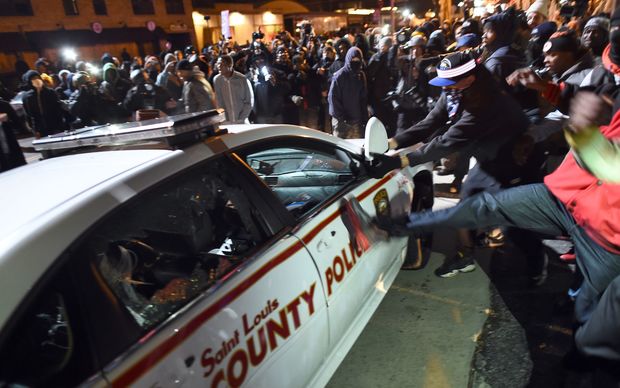 Protesters in Ferguson attack a police car during clashes after the decision. Photo: AFP