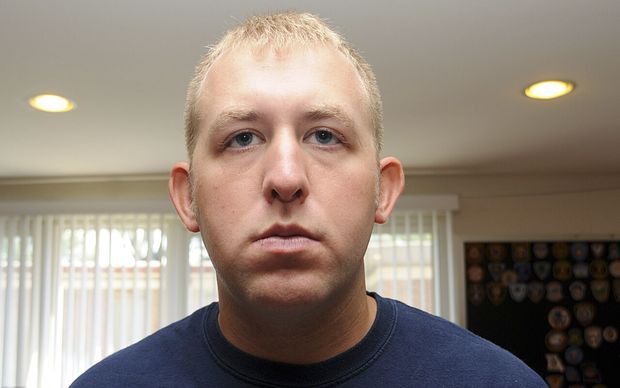 Neil Bruntrager said his client had been on administrative leave since the 9 August shooting in Ferguson.

The Missouri town and other US cities saw several days of rioting and looting this week after a jury decided not to bring charges over the killing.

Mr Wilson, who is white, said he had acted in accordance with the law.

He told US media that before the shooting, Mr Brown had pushed him back into his car, hit him and grabbed at his drawn gun, and said that he felt "like a five-year-old holding on to [US wrestler] Hulk Hogan".

The policeman said he had feared for his life.

Mr Brown's supporters said he was attempting to surrender to the policeman when he was shot.

Some witnesses said the teenager, who was unarmed, had his hands up. 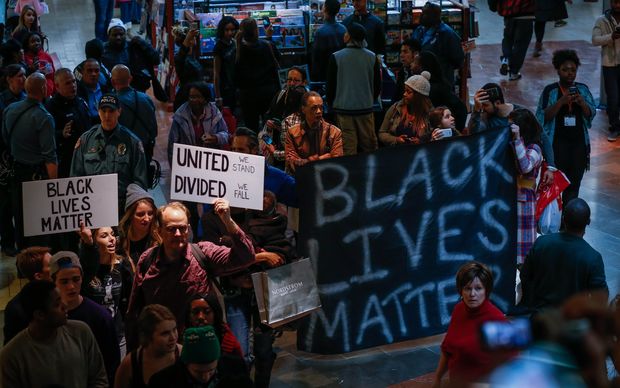 Protestors hold banners and shout slogans near Ferguson during a rally against the Grand Jury's decision not to indict Darren Wilson. Photo: AFP

However, the state prosecutor said physical evidence had contradicted some of the witness statements.

The family of Mr Brown, who was 18, have said they felt "crushed" by the decision.

Their son was killed after being shot six or seven times.

The decision by the grand jury not to press charges and bring the case to trial has triggered a nation-wide debate over relations between black communities and law enforcement.