UN human rights experts have expressed "legitimate concerns" about US juries failing to charge policemen involved in the deaths of two black civilians. 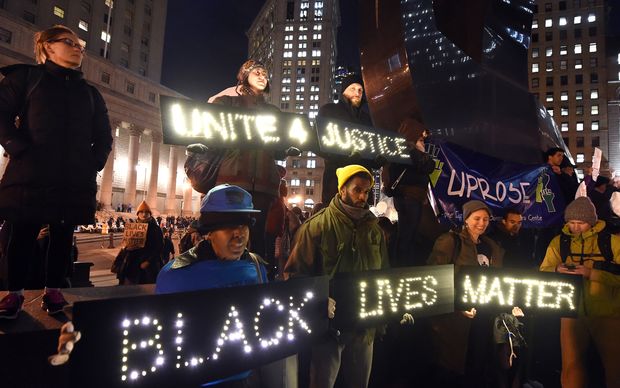 Protesters stand in Foley Square in New York City during demonstration against the chokehold death of Eric Garner. Photo: AFP

It is part of a broader "pattern of impunity" concerning minority victims, the UN said in a statement, the BBC reported.

Thousands of people had taken to the streets in protest over the deaths of two black men at the hands of white officers in recent months.

Grand juries in Missouri and New York failed to charge either officer.

"I am concerned by the grand juries' decisions and the apparent conflicting evidence that exists relating to both incidents," UN Special Rapporteur on minority issues, Rita Izsak, said in a statement.

A trial process would ensure the evidence is considered in detail, she said.

"The decisions leave many with legitimate concerns relating to a pattern of impunity when the victims of excessive use of force come from African-American or other minority communities."