Gunmen from the Somali militant group al-Shabab say they have attacked a bus in northern Kenya, killing 28 people. 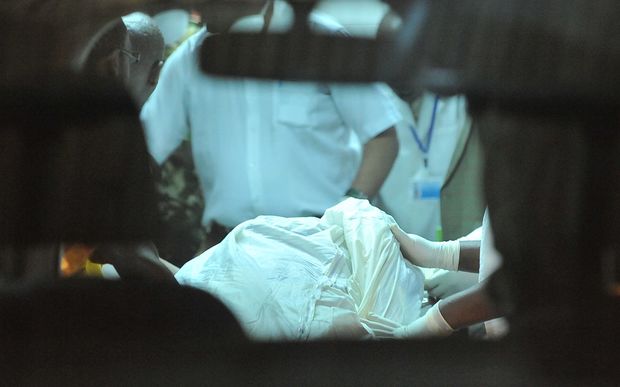 A morgue attendant receives bodies of the victims killed in a dawn attack on a bus in Kenya. Photo: AFP

The bus was travelling to the capital, Nairobi, when it was stopped in Mandera county, not far from the Somali border.

Gunmen separated out non-Muslims by asking passengers to read from the Koran, officials and witnesses said.

Those who failed were then shot in the head, the BBC reported.

Al-Shabab has carried out a series of attacks in Kenya since 2011.

A statement on a website linked to the Islamist group carried a statement saying the attack was carried out in retaliation for security raids on mosques in the coastal city of Mombasa earlier this week.

Kenya's interior ministry said on its Twitter feed that a camp belonging to the attackers had been destroyed by Kenyan military helicopters and jets, with "many killed".

One of the passengers on the bus, Ahmed Mahat, told the BBC that there were more than 60 passengers on board when it was attacked, before dawn on Saturday, about 30km from Mandera town.

The driver tried to accelerate away, but the vehicle became stuck in mud caused by recent heavy rains, he said.

About 10 heavily armed men talking Somali ordered the passengers off the bus.

"When we got down, passengers were separated according to Somali and non-Somalis," Mr Mahat said. 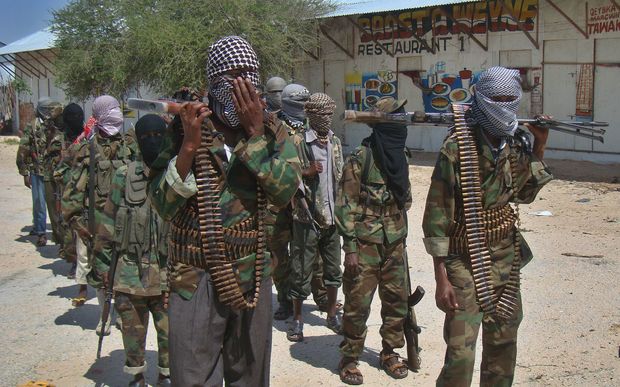 Al-Shabab recruits in Somalia where the militants are based, although they have extended their reach to Kenya in the last few years. Photo: AFP

Some Somalis were shot after pleading with the gunmen to spare non-Somali passengers, Mr Mahat added.

Security agencies were "in pursuit of the criminal gang" that carried out the attack, the interior ministry said. It described the assailants as "bandits".

A local official quoted by Kenyan media said the government had failed to answer their pleas for extra security.

"This place has been prone to attacks," county official Abdullahi Abdirahman told The Daily Nation.

"This is not the first time the government has totally ignored us, and you can now see the how many innocent precious lives have been lost."

Mr Mahat, a teacher from Mandera, said police never came to rescue people from attacks for fear of being ambushed themselves.