At least 48 people have died after al-Qaeda-linked militants attacked hotels and a police station in a Kenyan coastal town, according to the BBC.

Somalia's al-Shabab group claimed responsibility for the attack, saying it was carried out to avenge the presence of Kenyan troops in Somalia and the killing of Muslims.

Kenya sent troops to Somalia in 2011 to help the weak UN-backed government defeat the militants. 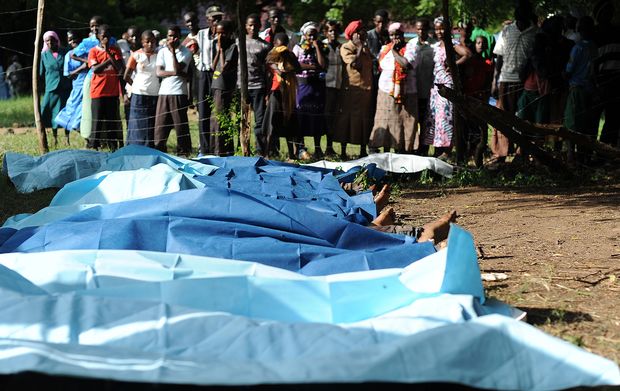 Family members wait to collect bodies of their relatives at Mpeketoni hospital in Lamu county, after at least 48 heavily-armed gunmen attacked the town. Photo: AFP

Witnesses in Mpeketoni said gun battles lasted several hours, while several buildings were set on fire. The town is on the mainland near Lamu island, a well-known tourist resort.

The BBC's correspondent in Mpeketoni said she was told the gunmen shot dead anyone who was unable to recite verses from the Koran.

Kenya's minister for internal security, Joseph Ole Lenku, pledged to bring those behind the attack to justice.

This is the most deadly attack in Kenya since last September, when at least 67 people were killed during a siege by al-Shabab fighters at Nairobi's Westgate shopping centre.