The parents of 43 Mexican students who disappeared seven weeks ago have started a nationwide bus tour in protest at the government's handling of the case. 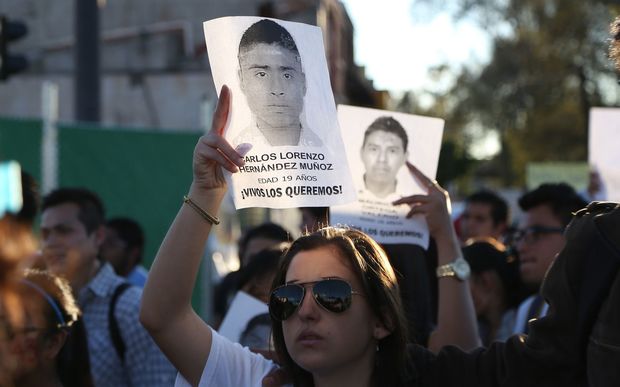 Hundreds of supporters joined the convoy of demonstrators in south-western Guerrero state.

It came after violent protests this week as anger over the issue mounts, the BBC reported.

The students vanished after clashing with police on 26 September in the town of Iguala.

Thursday's protest tour began in Ayotzinapa, home to the teacher-training college where the missing group had studied.

Parents held aloft pictures of their children while others demanded the government do more to help the search.

"They have disappeared but they are not dead," Blanca Navas told the AFP news agency.

Ms Navas, mother of missing student Jorge, added: "I don't believe the government at all. They've only been saying pure lies."