In France, the police, firefighters and a specially trained wolf-catcher are on the trail of a tiger spotted in a supermarket car park near the Paris Disneyland. 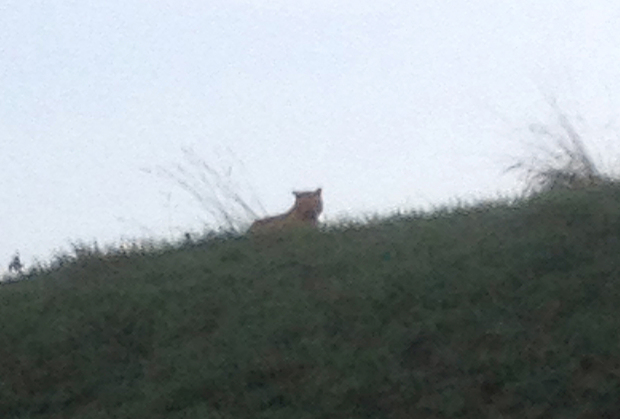 A picture taken by a passerby purports to show a tiger on the loose in Montevrain, France. Photo: JULIE BERDEAUX / AFP

Officials have advised people in the area not to travel by foot while the search continues, the BBC reported.

The wife of the supermarket's manager said she saw the animal at 8.30am (CET), and took a photograph that appears to show a large cat.

Specialists said the animal's tracks were those of a young tiger.

An area of woodland near the town of Montevrain, east of Paris, has been cordoned off and police armed with tranquilliser guns are combing through it.

A helicopter has also been called in.

People are being asked to stay indoors and children are being kept in at school.

There is a big cat park nearby and a circus has recently passed through the area but no missing tiger has been reported.