French police say a further two unidentified drones have been spotted flying over the country's nuclear plants, bringing the total to nine this month. 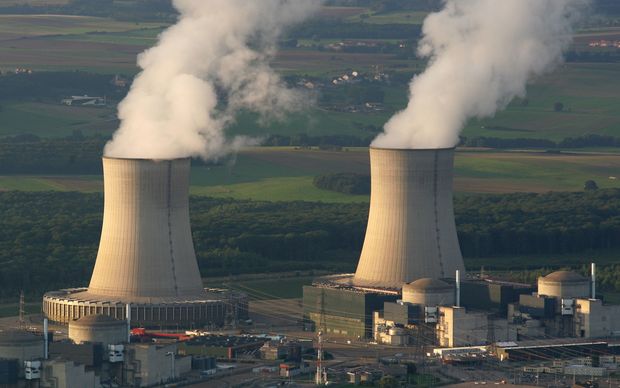 The most recent sightings took place twice in the same night and at opposite ends of the country - over one nuclear power station in Normandy in the north and another in south-west France, the BBC reported.

As with the previous overflights, EDF - the state-owned company that runs France's power stations - insisted there was no threat to safety.

The nuclear sites were built to withstand earthquakes and the crash of a passenger jet, one official said.

Environment campaigners said the issue was serious and wanted to know why, when airspace around nuclear sites was in theory heavily protected, police had still not identified who was behind the drones.

An investigation was launched earlier this month after EDF said unidentified drones had flown over several of its nuclear plants.

The first unmanned aircraft was spotted on 5 October and there had been further sightings up to 20 October, EDF said.

The source of the drones was unclear but pressure group Greenpeace denied any involvement.

Interior Minister Bernard Cazeneuve said measures were being taken to "neutralise" the drones.

Under French law, no aircraft is allowed to enter a 5 kilometre-wide zone around a nuclear plant, nor fly below 1000m.

The air force is responsible for the protection of all such sites.

France is 75 percent reliant on nuclear power for its electricity and has 58 reactors operated by EDF at 19 sites.

Greenpeace said a drone had also flown over the CEA nuclear research institute in Paris and accused EDF of minimising the significance of the incidents. Le Figaro website reported that drones had flown over several other CEA sites as well.

French air force spokesman Colonel Jean-Pascal Breton said all the drones involved were small-sized and commercially available and because of their size they were not considered a threat.

Mr Cazeneuve said a judicial inquiry was under way and measures were being taken to "know what these drones are and neutralise them".

Suspicion had initially fallen on Greenpeace as a paraglider from the activist group flew over the Bugey plant in 2012. Last month, 55 Greenpeace activists were given suspended sentences for breaking into the nuclear power station at Fessenheim near the German border.

But the group was adamant that it was always very open with its activities and had nothing to do with the drones.

"The overflights in question took place sometimes on the same day at four sites which are far apart from each other," Greenpeace said in a statement. "For example at Bugey, Gravelines, Chooz and Nogent-sur-Seine on 19 October - which proves it's a large-scale operation."

EDF said there had been no implications for the "security or the functioning" of the plants and the company had "no fear" of the drones as they were unlikely to cause any damage.

President Francois Hollande has pledged to reduce the number of French reactors by 2025, bringing France's reliance on nuclear energy down from 75 percent to 50 percent.