Mass killings by Islamic State militants have seen 322 members of an Iraqi Sunni tribe killed in western Anbar province, according to the Iraqi government. 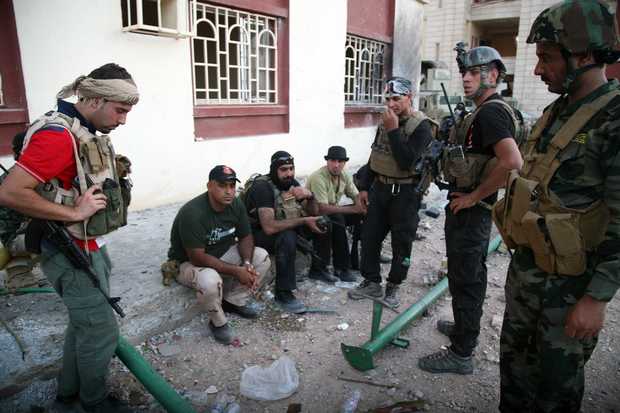 The country's ministry of human rights said more than 50 bodies were found in a water well, while 65 members of the Al-Bu Nimr tribe had been kidnapped.

The group's latest attack came on Sunday morning when militants shot and killed at least 50 of the tribe, the BBC reported.

The ministry said IS was holding the 65 hostages as prisoners of war. The jihadist group also stole livestock from the tribe, it said.

A senior leader of the tribe, Sheikh Naeem Al Gaoud told the BBC: "The government abandoned us and gave us to Isis on a platter."

"We asked them many times for weapons but they gave us only promises."

Tribal leaders said Sunday's victims, who reportedly included 10 women and children, were lined up and publicly shot as punishment for what IS saw as the tribe's resistance.

A number of people from the Al-Bu Nimr tribe were also found dead in mass graves last week. Fifty others were reported killed on Saturday. 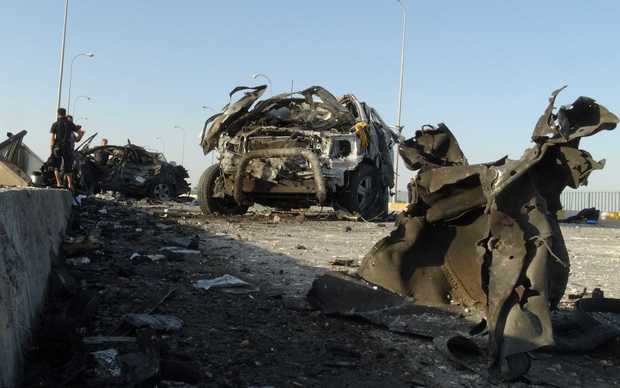 Iraqi security forces and gunmen inspect the wreckage of cars following a suicide bomb attack in Ramadi, the capital of the western province of Anbar. Photo: AFP

The latest shootings occurred in the village of Ras al-Maa, north of the provincial capital Ramadi.

A local official said that many members of the tribe fled there from near the town of Hit, which was captured by IS last month.

The Al-Bu Nimr tribe had joined the Iraq government campaign against IS in Anbar, much of which is now under jihadist control.

The recently-formed and Shia-dominated Iraqi government is trying to win over Sunni tribes, which it sees as a key element in the fight against IS.