Kurdish and Iraqi forces say they have taken towns from Islamic State (IS) militants in northern Iraq and near the capital, Baghdad. 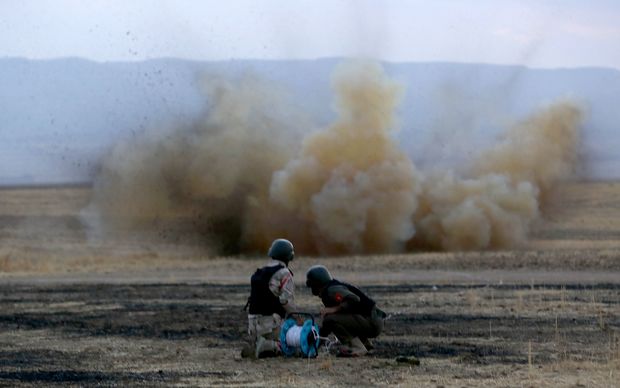 Kurdish Peshmerga fighters detonate a land mine laid by IS fighters near Arbil in northern Iraq. Photo: AFP

After weeks of fierce fighting, Kurdish Peshmerga forces have retaken the town of Zumar, northwest of the city of Mosul, the BBC reported.

Kurdish fighters said they had managed to drive the so-called IS militants out of the town with the help of air support from the US-led international coalition.

Zumar was one of the first towns that fell to IS when the group overran much of northern Iraq last June.

News of the town's recapture came as Iraqi Prime Minister Haidar al-Abadi announced that the Iraqi Army had retaken Jurf al-Sakhar south of Baghdad, in a battle to secure a route used by Shia pilgrims.

Meanwhile the US military said US-led forces made 22 air strikes against IS in Iraq on Friday and Saturday.

IS has seized large swathes of Iraq and Syria since June, prompting air strikes to help ground forces stem the advance.

In Lebanon, several people were killed and wounded as troops clashed with Sunni militants thought to be linked to IS in the centre of the second city, Tripoli. 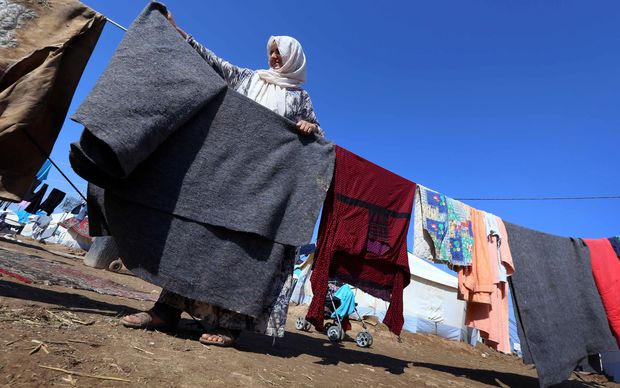 A displaced Iraqi woman, who fled her home due to attacks by IS, hangs up her washing at a refugee camp near Arbil. Photo: AFP