New Zealanders will gain a better sense this week of the direction the Government intends to take in the fight against Islamic State (IS), the Prime Minister says. 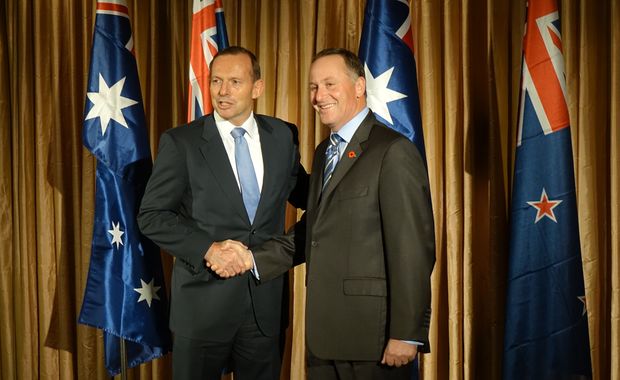 Cabinet will discuss the options today and John Key will outline the Government's thinking on Wednesday, although he will stop short of announcing firm decisions.

Mr Key told Morning Report that Wednesday's speech to outline New Zealand's strategy against IS would also give more clarification on whether there should be changes to the country's security laws.

"Within that will be a response to any deficiencies we might currently see in the legislation that controls foreign fighters and their access for instance to passports."

After meeting with his Australian counterpart Tony Abbott at the weekend, Mr Key said the Government was still deciding on New Zealand's possible course of action.

He said the Government would make its intentions clearer this week.

Mr Key said the Government was working through the information it had to decide on the best practical contribution New Zealand could make.

Australia has sent about 200 personnel to the United Arab Emirates, including a Special Forces contingent, and has carried out air strikes in Iraq.

Mr Key has said it would be a bit odd for New Zealand to do nothing when like-minded countries are involved in the fight against IS.