A group of Syrian Arab rebels has arrived in Kobane to help defend the northern border town against Islamic State (IS) militants, sources inside the town. 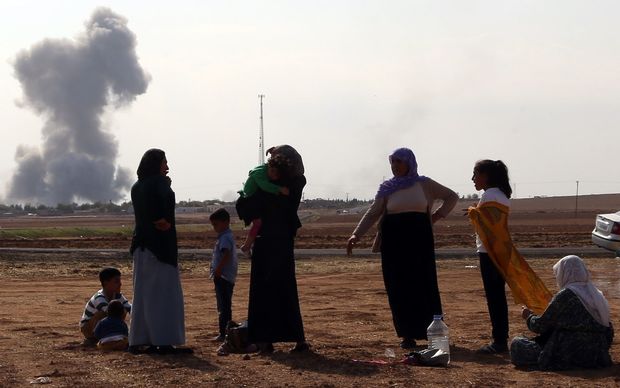 Residents watch the clashes in Suruc district of Sanliurfa, Turkey, as smoke rises from an explosion in the Syrian border town of Kobane. Photo: AFP

Between 50 and 200 Free Syrian Army rebels entered the town overnight, the BBC reported.

The news came as about 150 Iraqi Kurdish Peshmerga fighters arrived in Turkey on their way to the town.

Syrian Kurds have been under siege in Kobane for six weeks, aided by US-led coalition air strikes.

The US said it launched eight air strikes near the town this week, destroying five IS fighting positions and six IS vehicles.

The battle has emerged as a major test of whether the air campaign can push back IS, but the defenders - thought to number between 1,000 and 2,000 - say they also need heavy weapons to defeat the militants. 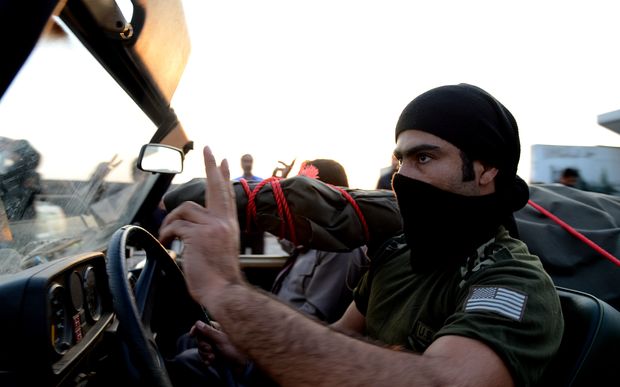 A peshmerga fighter flashes victory sign as their convoy arrives at the Habur crossing along the Turkish-Iraqi border. Photo: AFP

Separately, IS militants took control of parts of an oil and gas field in Shaer in central Syria's Homs province, killing 30 members of pro-government forces, activists from the UK-based Syrian Observatory for Human Rights (SOHR) and government sources reported.