Suspected Boko Haram militants have killed dozens of people in five attacks on Nigerian villages carried out after the government announced a ceasefire to enable 200 abducted girls to be freed. 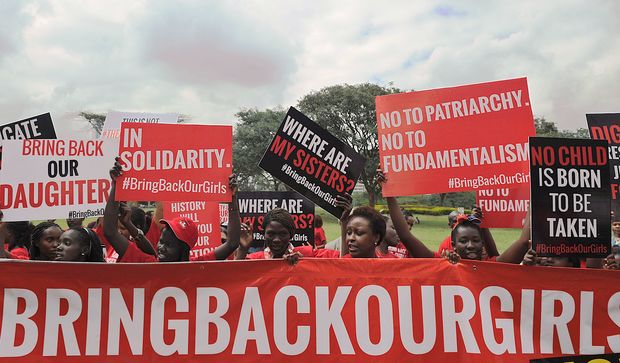 Campaigners pushing for the release of the schoolgirls mark the six-month anniversary of their abduction, on 14 October. Photo: AFP

However, the government questioned whether the attacks really were by the Islamic group, or one of several criminal groups exploiting the chaos of the insurgency, Reuters reported.

A spokesman said talks to free the girls will continue in Chad tomorrow.

The 219 girls were abducted from a school in a remote northern province in April, causing shock and outrage around the world.

Boko Haram, whose name translates as "Western education is sinful", has massacred thousands of people in efforts to get an Islamic state in religiously-mixed Nigeria.