Twenty-seven people who were seized by the militant group Boko Haram in Cameroon earlier this year have been released. 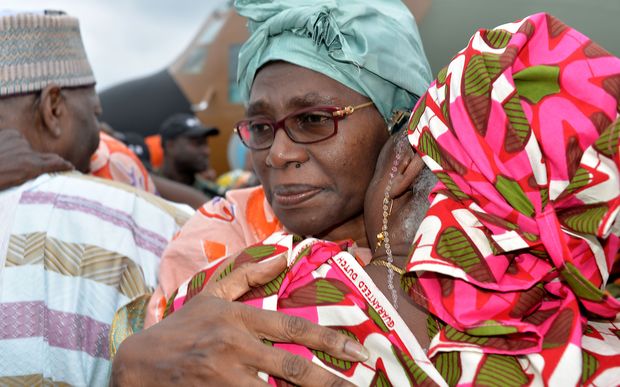 Akaoua Babiana, the wife of Cameroon's vice-prime minister, arrives in Yaounde after her release. Photo: AFP

Among them were ten Chinese construction workers captured in May and the wife of Cameroon's vice-prime minister, Amadou Ali.

It is not known whether a ransom was paid.

The hostages were flown to Cameroon's capital, Yaounde, from the country's far northern region after being freed early on Saturday, the BBC reported.

They were seized in two separate raids in May and July close to the Nigeria border.

Boko Haram is seeking to establish an Islamist state in Nigeria but its fighters often cross the long and porous border with Cameroon.

Many Nigerian civilians in border towns have fled to Cameroon to escape militant attacks, which have been stepped up in recent months.