Heathrow airport is to start screening for Ebola among passengers flying into the UK from countries at risk. 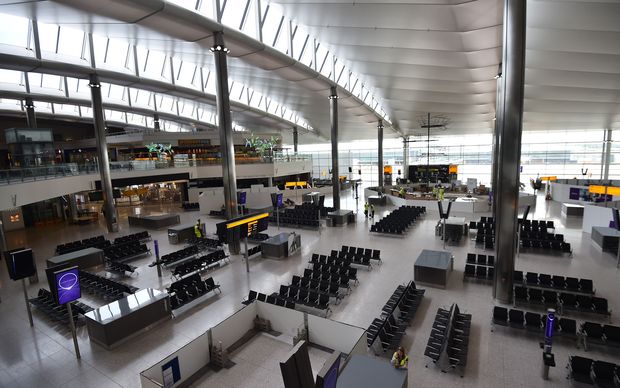 A "handful" of cases - thought to be fewer than 10 - are expected to reach the UK before Christmas.

Screening will start at Terminal 1, before being extended to other terminals, Gatwick airport and Eurostar by the end of the week.

In September, around 1,000 people arrived in the UK from Ebola-affected countries in West Africa.

People flying from Liberia, Sierra Leone and Guinea will be identified by Border Force officers.

Nurses and consultants from Public Health England will then carry out the actual screening.

Passengers will have their temperatures taken, complete a risk questionnaire and have contact details recorded.

Anyone with suspected Ebola will be taken to hospital.

Passengers deemed to be at high risk due to contact with Ebola patients, but who are displaying no symptoms, will be contacted daily by Public Health England.

Ebola has killed more than 4,000 people in Liberia, Sierra Leone and Guinea.