Screening for Ebola has started in the United States at New York's John F Kennedy Airport and is due to begin in the UK. 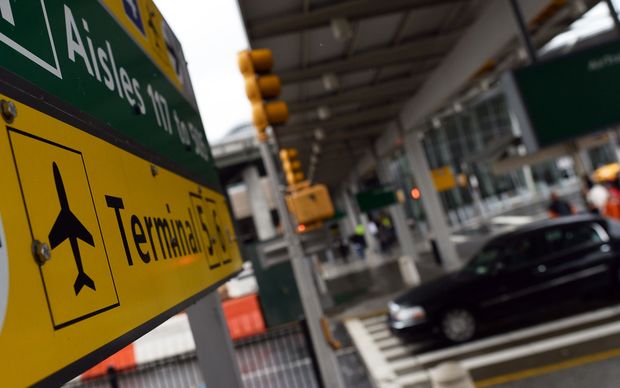 Passengers arriving at John F Kennedy Airport in New York from Liberia, Sierra Leone and Guinea will be assessed for signs of illness. Photo: AFP

Medical teams at the John F Kennedy Airport, armed with Ebola questionnaires and temperature guns, have begun screening all travellers from Guinea, Liberia and Sierra Leone, as US health authorities step up efforts to stop the spread of the virus.

The airport is the first of five US airports to start enhanced screening of in-bound travellers from the West African countries where most of the outbreak's more than 4000 deaths have occurred, the BBC has reported.

However a spokesperson for the charity Save the Children, Robbie McIntyre, said it was more important to deal with the epidemic in West Africa than to introduce new screening measures in Western nations.

"I do feel that the international community, whilst of course they're going to be considering the safety of people in their own country, I do think that huge amounts of effort need to be concentrated on stopping the spread where it is worst, where thousands of people have lost their lives, and ultimately that will be the best way of making sure it does not spread to other countries." 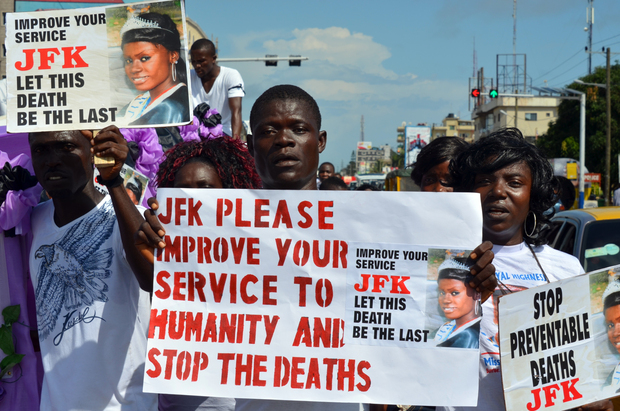 Protestors call for improvements after staff at Liberia's JFK Hospital refused to treat a student, who later died, without a note to say she was not infected with Ebola. Photo: AFP

The United Kingdom's chief medical officer said the country should expect a "handful" of Ebola cases in the coming months.

She said screening arriving passengers - due to start at key UK airports and rail terminals next week - was "unlikely" to pick up many cases, "if any". But she said the "great advantage" would be that people would be told what symptoms to look for and what to do if they fell ill.