Major hospitals have special units and the equipment ready to manage the deadly Ebola virus if it reaches New Zealand. Health officials say the threat of that happening is still low, but would rise if a case was confirmed in Australia. 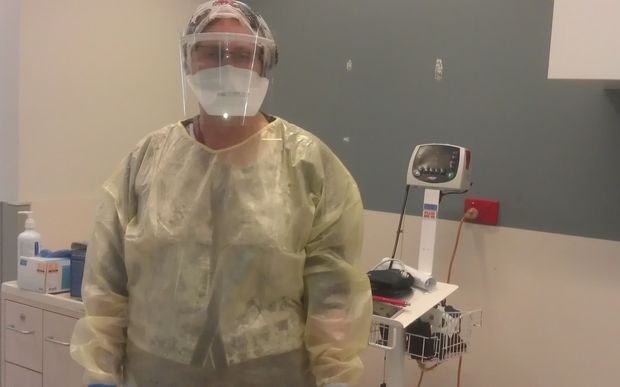 Fears have been expressed at a top level meeting in Washington that the outbreak will spread globally and become the next HIV-Aids if more urgent action isn't taken to control it.

Nearly 4000 people have died in the West African countries Guinea, Liberia and Sierra Leone, while the number of confirmed and suspected cases outside the region is growing.

Many countries have now stepped up measures to check people coming in from West African countries for the virus. They include authorities in Australia that have confirmed that 11 people have been tested for Ebola, but so far the results have all been negative.

Wellington Hospital has been preparing for months in how to deal with an Ebola patient. Its key line of defence is a special isolation suite at one end of the medical ward.

The unit has 12 beds - including four in special negative pressure rooms that are sealed to ensure the air inside and any bugs remain completely separate from the rest of the hospital.

Michelle Balm is an infectious diseases expert at the hospital. She said Ebola was not spread through an airborne route, but through direct contact with blood or body fluid.

While the facilities are more than is needed for Ebola, Dr Balm said it was better to be safe, not sorry.

Today patients with diseases like tuberculosis, measles and shingles are using the unit, but it would take just 20 minutes to move them out and seal it off.

Those caring for such patients would be wearing full lightweight waterproof gowns, with hats, visors, masks and double gloves.

The white masks form a seal as they go on, and look like a normal face mask, but they are not. Dr Balm said they filter out particulate matter in the air including small viruses.

She said doctors and nurses would watch each other to make sure no one who may be tired drops their guard while dealing with Ebola.

Dr Balm said the preparations have been thorough and Wellington was well and truly ready.

Infectious diseases head Stephen McBride said these units are essential in the fight against any contagious and potentially fatal disease.

Dr McBride said as the hospital nearest Auckland International Airport, it was well prepared. They had established an isolation unit from a disused neonatal unit, and it has got all the facilities needed to cater for patients with serious infectious diseases.

A Palmerston North expert in contagious diseases, Mark Beale, said any patient with Ebola in a western country had a better chance of surviving due to resources and facilities available, such as the ability to give blood products.

The Prime Minister says while the probability of Ebola reaching New Zealand remains low, the Government is taking every precaution it can. 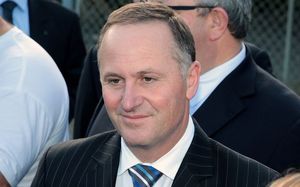 John Key said that is why it had established a special unit at Middlemore Hospital in Auckland, and was continuing to work with off shore partners on the threat.

Mr Key said the Government might consider putting people in quarantine, but at this stage it would continue to make assessments, and the threat would be greater if there was a case of Ebola in Australia.

Meanwhile, the Ministry of Foreign Affairs and Trade says New Zealand is giving the World Health Organisation $500,000 towards Ebola.

A spokesman for MFAT said the decision was made four days ago to offer the funds to the organisation for its efforts to respond to the outbreak in West Africa.

The Ministry of Health says 58 people have been screened at New Zealand's border for Ebola, but none has caused concern.

As alarm about the virus rises internationally, the ministry is repeating its assessment that the risk to New Zealand remains low. It said screening for symptoms at the border began in August.

The ministry said two Red Cross nurses who returned recently from supporting the international response in Sierra Leone have remained well and past the 21-day monitoring period.

Health officials emphasise that Ebola is not easy to catch and requires contact with infected body fluids. 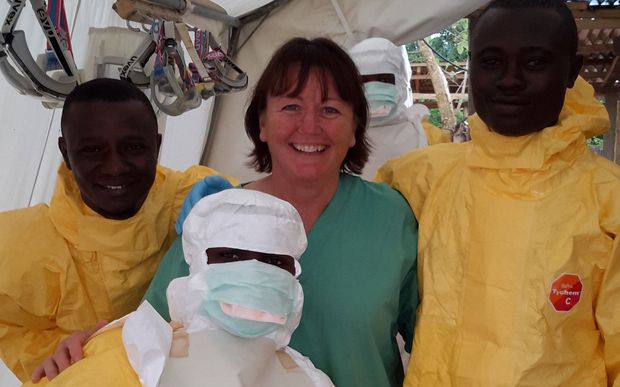 A New Zealand nurse who has just returned from treating Ebola patients in Sierra Leone says cured patients are personally taken back to their villages by health workers.

Sharon Mackie and Donna Collins worked with a team led by the Spanish Red Cross.

Ms Mackie said survivors were washed in chlorine, then in clean water, given clean clothes, food for their families and a certificate showing they had recovered.

She said a healthcare worker escorted each survivor back to their community, and shook their hand to show they were safe to have back.

Sharon Mackie said she and Ms Collins spent 21 days in quarantine after their time in Sierra Leone to ensure they had not contracted the virus.