The World Health Organisaion (WHO) has warned the Ebola epidemic threatens the very survival of societies and could lead to failed states.

Its head, Margaret Chan, said the outbreak, which has killed about 4,000 people in West Africa, has led to a "crisis for international peace and security". 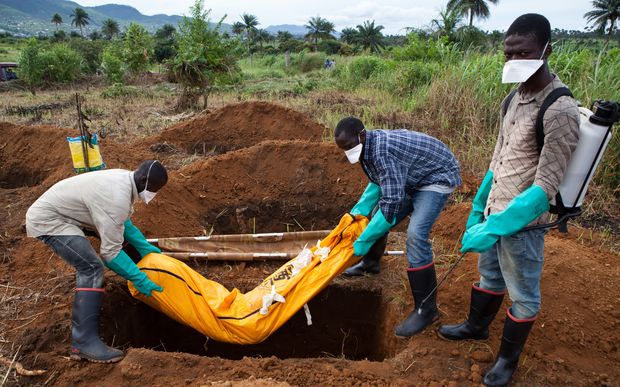 Volunteers in protective suits bury a person who died from Ebola in Sierra Leone. Photo: AFP

In a speech delivered on her behalf at a conference in the Philippines, Ms Chan said Ebola was a historic risk.

She warned of the economic impact of "rumours and panic spreading faster than the virus", citing a World Bank estimate that 90 percent of the cost of the outbreak would arise from "irrational attempts of the public to avoid infection".

Ms Chan also criticised pharmaceutical firms for not focusing on Ebola, condemning a "profit-driven industry [that] does not invest in products for markets that cannot pay". 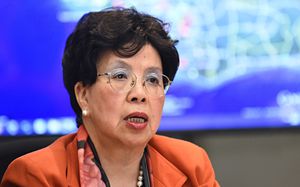 WHO chief Margaret Chan has warned Ebola could cause societal breakdown. Photo: AFP

America, meanwhile, is stepping up efforts to contain the virus after a health worker in Texas contracted Ebola from a patient she was caring for, who later died.

The head of the Centre for Disease Controls, Tom Frieden, told a news conference additional health teams are being sent to Texas to help support staff there.

He also said they will "double down" on training and assistance for Ebola throughout the health care system.

Mr Frieden said it is still not known how the nurse contracted the virus while in the isolation unit and it is possible others could also have been infected.

He said the nurse is in a stable condition.

The latest outbreak has killed at least 4,033 people in Liberia, Sierra Leone, Guinea and Nigeria since it was identified in March.

Health workers are among those most at risk of catching the disease. Ninety-five have died from the virus in Liberia.

Liberia's National Health Workers Association had called for a strike to demand an increase in the fee paid to those treating Ebola cases.