India's new prime minister, Narendra Modi, has begun a five-day visit to the United States which he hopes will help mend a troubled relationship. 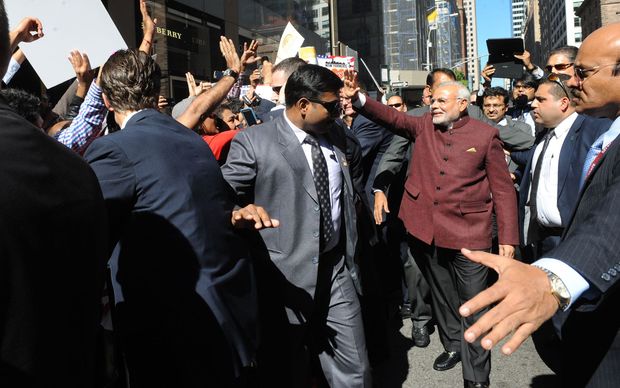 For nearly a decade Mr Modi was denied a visa to the United States because of the way he handled anti-Muslim riots when he was chief minister of the state of Gujarat, the BBC reports.

More recently, the United States-India relationship was damaged by a row about the conduct of an Indian diplomat in New York.

He will address the United Nations General Assembly before heading to Washington for his first meeting with President Barack Obama.

He will also address about 20,000 people at Madison Square Garden, mostly Indian-Americans - an event that has already sold out.

The visit is seen as a personal triumph for Mr Modi but comes as a United States court issued a summons against him over the deadly 2002 Gujarat riots.

A New York district court issued the summons in response to a lawsuit filed by the American Justice Centre, a non-profit human rights organisation as well as two survivors of the riots. Mr Modi has 21 days to respond.

Mr Modi, who was the Gujarat chief minister at the time, has always denied wrongdoing and has been cleared by Indian courts.

He took over as India's prime minister after leading his Bharatiya Janata Party to a spectacular win in the summer's general election.