The United States and several Arab allies have launched the first air strikes against Islamic State (IS) militants in Syria, the Pentagon says. 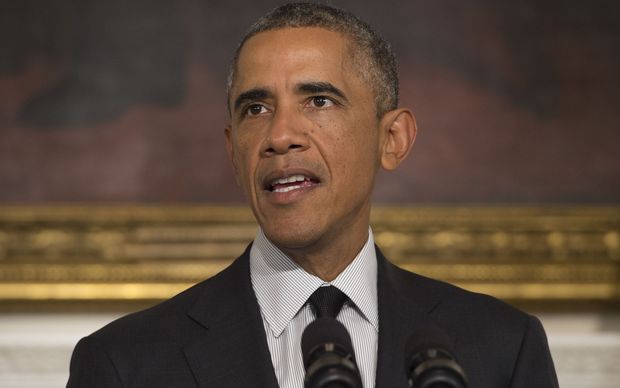 The strikes were expected as part of US President Barack Obama's pledge to "degrade and destroy" IS, which has taken huge swathes of Syria and Iraq.

Syria's foreign ministry said its United Nations envoy was informed about the strikes against IS, who control large swathes of Syria and Iraq.

The US has already launched 190 air strikes in Iraq since August.

However, Monday's action expands the campaign against the militant group across the national border into Syria.

Pentagon spokesman Rear Adm John Kirby confirmed the strikes, saying "US military and partner nation forces" were undertaking military action in Syria - but did not give details, the BBC reports.

"Given that these operations are ongoing, we are not in a position to provide additional details at this time," he said in a statement.

The Syrian government has not formally consented to the air strikes on its territory. However, it says it was informed before they took place. 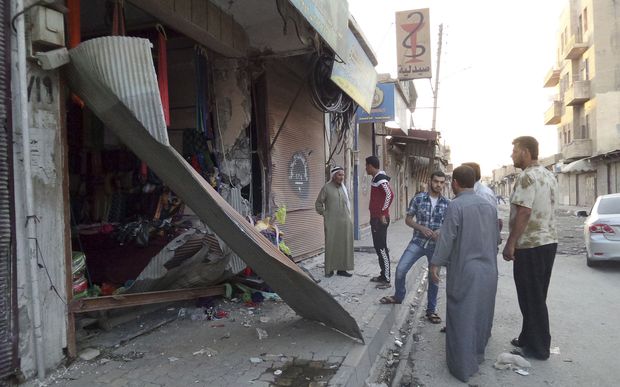 People inspect a shop damaged after what Islamist State militants say was a US drone crashed into a communication station in Raqqa. Photo: REUTERS

Islamic State - also known as Isis, or Isil - has taken control of a vast area between Syria and Iraq, imposed a harsh brand of Islam, and declared a caliphate.

The group has executed captive soldiers, aid workers and journalists, and threatened the mass killing of religious minorities in Iraq.

The BBC's Barbara Plett Usher in Washington DC said the strikes in Syria differed from those in Iraq: while the government of Iraq invited US intervention against the IS militants, the Syrian government has not done so.

That puts the US in the position of bombing an Arab country without its consent, our correspondent reports.

The US and allies including Britain have ruled out co-operating against IS with Syria's President Bashar al-Assad, who they accuse of responsibility for huge numbers of civilian deaths during Syria's civil war.