US ground forces could be deployed against Islamic State (IS) militants if the current US-led strategy fails, top US General Martin Dempsey has said. 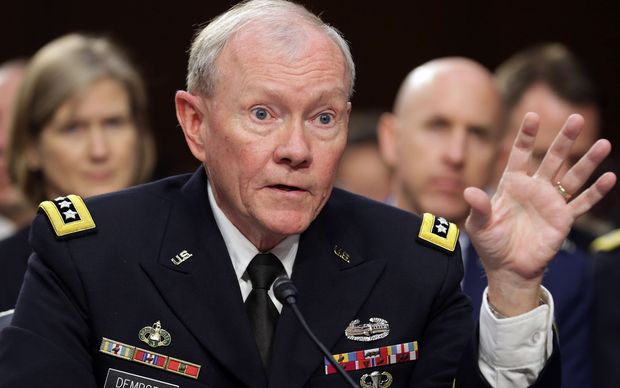 President Barack Obama has repeatedly said that US ground troops would not have a combat mission in Iraq under the strategy outlined last week.

The US earlier carried out its first air strike under the strategy, which seeks to "degrade and destroy" IS, the BBC reported.

The jihadists control huge areas of Syria and Iraq.

Meanwhile, Kurdish peshmerga forces backed by US surveillance jets and drones have been advancing against IS positions in northern Iraq.

An attack into the IS-held plain of Mosul, east of the city, began at dawn while on the other side of Mosul, the Kurds have also been pressing towards the town of Zumar.

General Dempsey said that he believed that an international coalition against IS was currently the "appropriate way forward".

However, he said "if that fails to be true, and there are threats to the United States, then I of course would go back to the president and make a recommendation that may include the use of US military ground forces".

He confirmed that under the current plan, US military advisers would help the Iraqi army to plan attacks against IS.

He added that in certain instances, US advisers could accompany Iraqi troops.

"To be clear, if we reach the point where I believe our advisers should accompany Iraqi troops on attacks against specific Isil [Islamic State] targets, I will recommend that to the president," he said.