President Barack Obama has vowed the United States will not be intimidated, after Islamic State (IS) jihadists released a video of the beheading of American journalist Steven Sotloff. 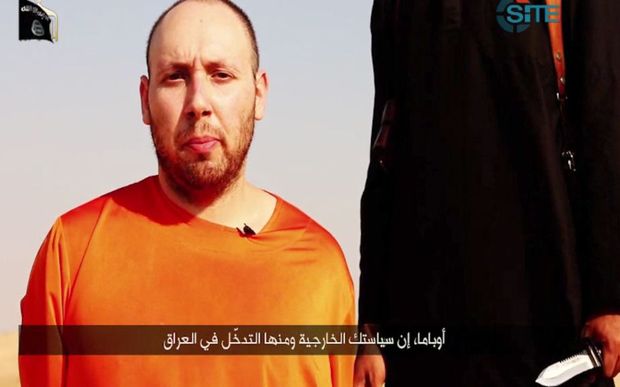 The White House said the video showing had been analysed and was authentic.

Mr Sotloff, 31, disappeared in Syria in 2013. He appeared at the end of a video last month which showed fellow United States journalist James Foley being killed, also by being beheaded.

In the footage released by the IS yesterday, Sotloff calmly addresses the camera to say he is a victim of Mr Obama's decision to press on with air strikes in Iraq against the militants. The video later shows a black-clad jihadist cutting his throat. 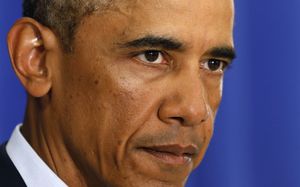 Mr Obama said the US would build a coalition to "degrade and destroy" the group, the BBC reported.

Separately, Britain held a meeting of its emergency Cobra committee after threats to kill a British hostage who was also shown in the latest video.

IS has seized large swathes of territory in Iraq and Syria in recent months, declaring a new caliphate, or Islamic state, under leader Abu Bakr al-Baghdadi.

The US has launched more than 120 air strikes in the past month to try to help Kurdish forces curb the IS advance.

After the latest video emerged, Mr Obama ordered the deployment of a further 350 troops to Baghdad to protect US diplomatic facilities.

His announcement came as campaign group Human Rights Watch said it had uncovered new sites of Islamic State mass killings in the Iraqi city of Tikrit.

The militants are believed to have murdered more than 500 Iraqi soldiers after taking over a large Iraqi army base in June.