President Barack Obama is welcoming the US Senate's approval of his plan to arm and train moderate Syrian rebels to fight Islamic State militants.

Mr Obama said the vote shows that Americans are united in their desire to tackle Islamic State, which has taken control of a swathe of territory across Syria and Iraq. 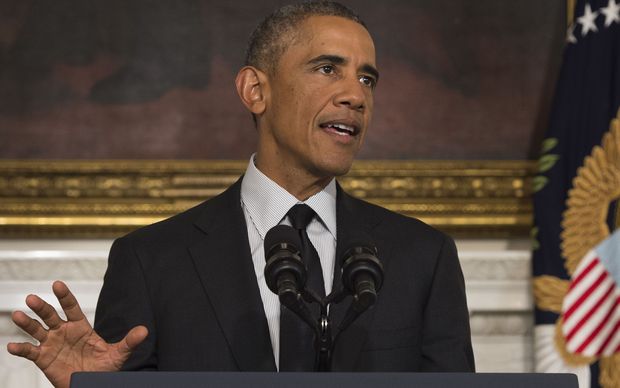 Mr Obama said he was pleased both Republicans and Democrats had backed the $US500 million proposal, a day after it was passed by the House of Representatives, the BBC reports.

On Thursday, the US continued to strike IS targets in Iraq. The jihadist group known as IS, Isis or Isil, controls large areas of Syria and northern Iraq, and the US has undertaken 174 air strikes against it in Iraq since mid-August.

Air strikes are now expected in Syria, but Mr Obama has pledged to not authorise a ground operation in either country.

"We can join with allies and partners to destroy Isil without American troops fighting another ground war in the Middle East."

Mr Obama said the strategy to train and equip Syrian opposition fighters would help them grow stronger and so the path is clear to the next challenge - to actually prepare them for battle.

Earlier this week, America's top general, Martin Dempsey, said it could take five months to establish the training programme, probably in Saudi Arabia, and a year to vet those who are selected.