There has been fresh shelling near the airport in Donetsk, following overnight attacks in Mariupol, raising fears that the 36-hour-old ceasefire in eastern Ukraine is near to collapse.

The truce, agreed on Friday, had been holding for much of Saturday. 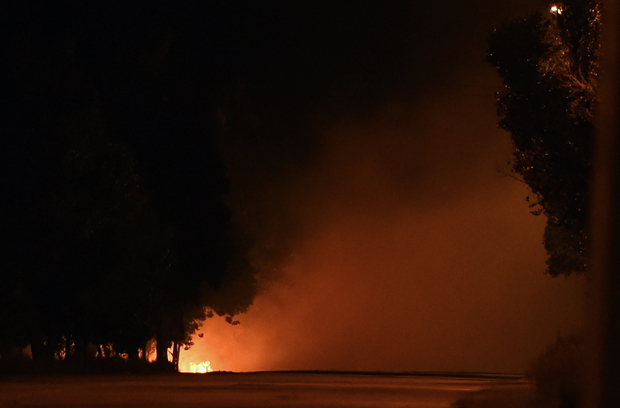 But strong explosions were heard on the outskirts of Donetsk, the main rebel-held city in the east, early on Sunday.

Overnight, there was heavy shelling of Ukrainian government positions in the port city of Mariupol.

Before the ceasefire was agreed on Friday, the separatists had been advancing on both Donetsk airport and Mariupol, a key city on the route to Crimea and an economic prize for any possibility of independence for the eastern Ukraine region.

Earlier explosions were heard near Mariupol.

A BBC correspondent in the city said intense blasts from the eastern edges have rippled across the city.

The Red Cross said aid trucks heading for the rebel-held city of Luhansk had turned back because of shelling.

The ceasefire deal was signed during talks between representatives of Ukraine, Russia, the Organization for Security and Co-operation in Europe (OSCE) and pro-Russia rebels in Belarus at 1500 GMT on Friday.

There were no reports of major fighting for the first 24 hours, but shelling had reportedly resumed in Mariupol and then in Donetsk.

At least 2,600 people have died in fighting after pro-Russian rebels seized towns in Ukraine's eastern Donetsk and Luhansk regions in April - a month after Russia's annexation of the southern Crimean peninsula.

The takeover prompted a military operation by Ukrainian forces to retake the cities.

The rebels, who had largely been pushed back towards their strongholds of Donetsk and Luhansk, made new advances in recent days.

The European Union said it had agreed on a new package of economic sanctions against Russia, despite the ceasefire agreement, AFP reported.

The sanctions target more individuals with travel bans and asset freezes, as well as tightening access to capital markets for Russian oil and defence companies.

The EU said the new measures would be an "effective tool" to "reinforce the principle that EU sanctions are directed at promoting a change of course in Russia's actions in Ukraine.

United States President, Barack Obama, and the British Prime Minister, David Cameron, both said they will go ahead with the sanctions in spite of the truce.

In a report compiled ahead of yesterday's ceasefire deal, Amnesty said both sides have shown disregard for civilian lives and are blatantly violating their international obligations.

The rights group also charged that Russia - accused by the West of secretly sending in troops and heavy weapons to support the rebels - had been "fuelling separatist crimes" in Ukraine.