Leading American senators have called for the US to send weapons to help Ukraine fight what they say is "a Russian invasion". 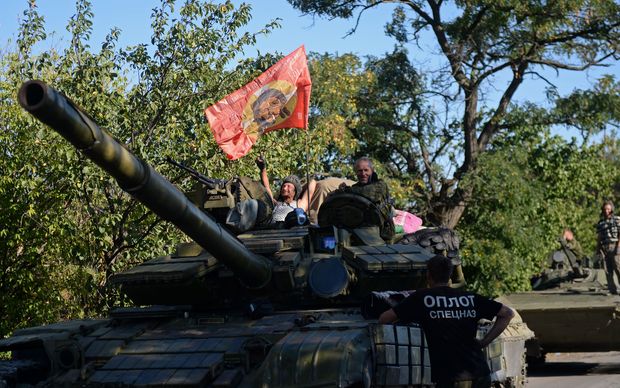 Pro-Russian fighters sit on a tank in southeast of Donetsk, August 31. Photo: AFP

Mr Menendez said President Putin understands only two things: the economic consequences caused by international sanctions and the cost to the Russian population as their sons return in body bags.

He said the conflict in Ukraine was no longer between the government in Kiev and separatist rebels in the east of the country, but rather a direct invasion by Russia.

Mr Menedez said the Ukrainians should be given the weapons they needed to defend themselves and to impose a cost on President Putin in case of further aggression.

Senator John McCain said: "This is not an incursion. This is an invasion."

The conflict in eastern Ukraine erupted in April following Russia's annexation of Ukraine's southern Crimea peninsula a month before. Some 2,600 people have died since April.

He said the issue needed to be discussed to ensure the interests of local people "are definitely upheld".

His comments came after the EU gave Russia a one-week ultimatum to reverse course in Ukraine or face sanctions.

Russia denies Western accusations that its forces illegally crossed into eastern Ukraine to support separatists there.

"Russia cannot stand aside when people are being shot at almost at point blank," he added, describing the rebels' actions as "the natural reaction of people who are defending their rights".

He dismissed the EU's threat of further sanctions, accusing the EU of "backing a coup d'etat" in Ukraine, the BBC reports. 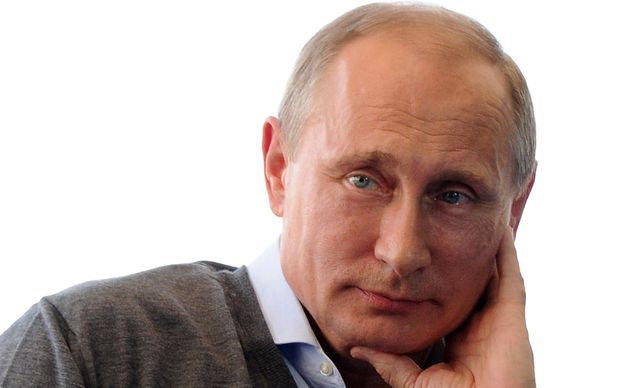 Mr Putin said the west should have foreseen Russia's reaction to the situation, adding it was impossible to predict how the crisis would end.

A spokesperson later said the president's remarks on "statehood" should not be taken to mean an actual separate entity, and that the Ukrainian crisis was a "domestic" one.

Pro-Russian rebels have made gains against Ukrainian troops in recent days in the eastern Donetsk and Luhansk regions.

Speaking after a summit in Brussels, European Council President Herman Van Rompuy said the EU "stands ready to take further significant steps in light of the evolution of the situation on the ground", adding that the EU was working urgently on further restrictive measures.

The EU and US have already imposed asset freezes and travel bans on many senior Russian officials and separatist leaders in eastern Ukraine.

Russia denies that its forces are backing the rebels, instead accusing Ukrainian forces of aggression and deliberately firing at civilians. 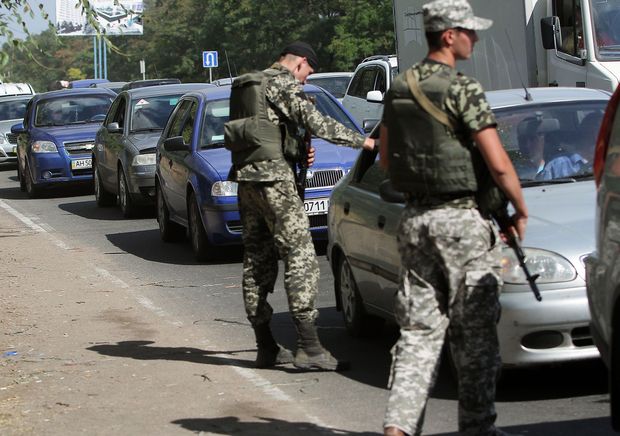 Ukrainian troops stop cars at a checkpoint as people flee the southern Ukrainian city of Mariupol in the Donetsk region. Photo: AFP