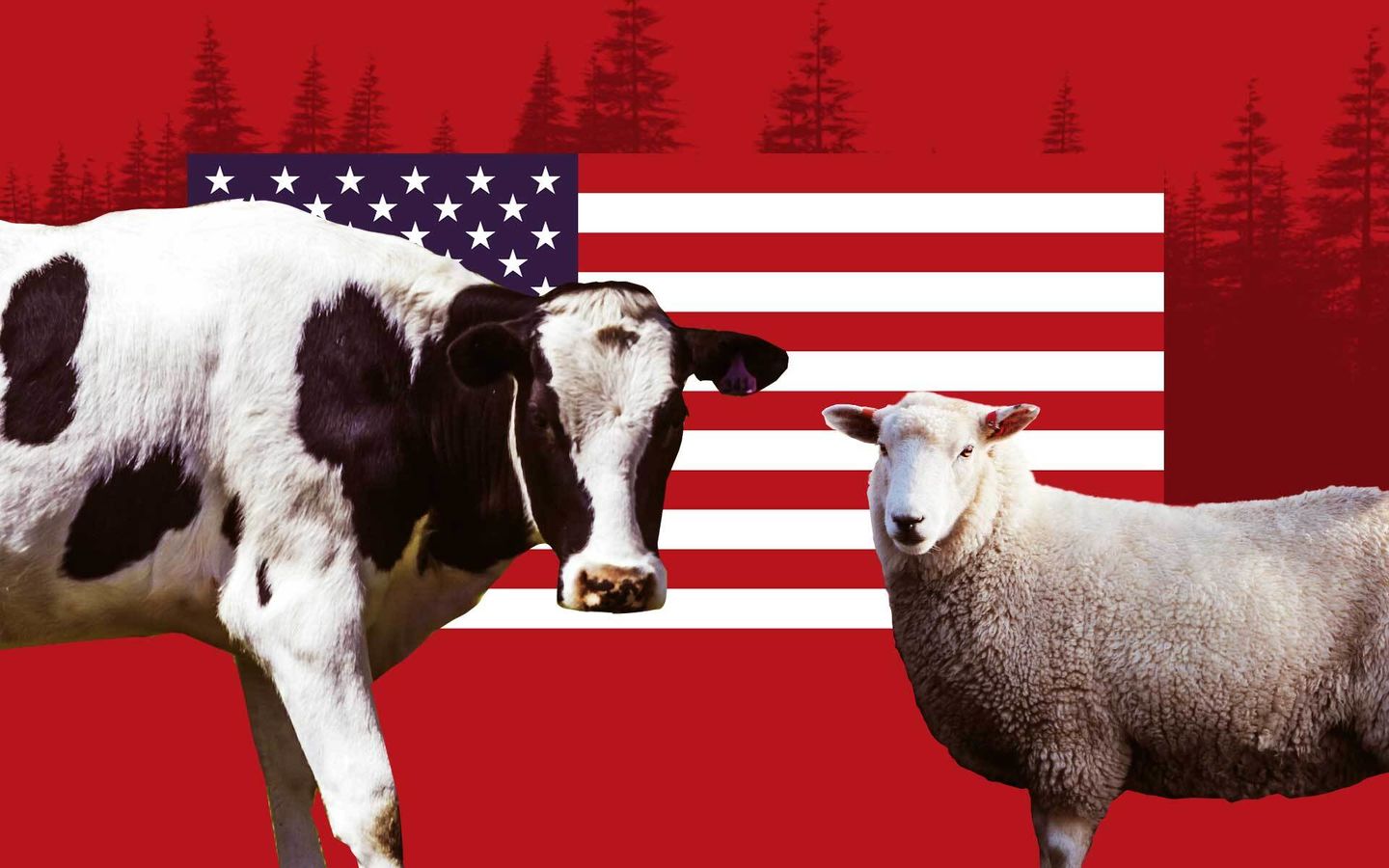 United States citizens and companies are buying up New Zealand land for farming, forestry and wine-making, an RNZ analysis reveals.

Almost 180,000 hectares of farming land was purchased or leased by foreign interests between 2010 and 2021.

During the 11-year period almost 460,000ha - a little under the size of the Auckland region - shifted out of New Zealand control through purchases, leases or rights to take forestry. For simplicity's sake, this is referred to as bought land throughout this article.

More than 70,000ha of land was bought for dairying operations and more than 100,000 for farming other types of animals, such as beef, sheep or deer.

Control of another 178,000ha of land was sold to international buyers for forestry operations and around 8000ha was sold for wine making.

An additional 53,000ha, not included in the farming or forestry totals, was sold or leased to people intending to reside in New Zealand. These ranged from areas smaller than a hectare to 40,000ha in Canterbury, which included the lease of 39,000ha of crown pastoral land.

The figures come from an RNZ analysis of Overseas Investment Office (OIO) data carried out as part of the series Who's Eating New Zealand.

Foreigners, organisations and investment funds that are more than 25 percent foreign-owned must get consent from the OIO before purchasing sensitive land, significant business assets or fishing quota.

Buyers must show the OIO their purchase offers a benefit to New Zealand. Benefits include the creation of jobs, increased exports or processing of primary products, and the introduction of new technology or business skills. A temporary "national interest" test was introduced in 2020. This means purchases of infrastructure such as ports, airports and electricity can be declined.

Selling off our primary industries

Of the foreign sales, the biggest proportion of land - 39 percent - was purchased for forestry. Dairy operations accounted for 16 percent and other types of farming for 22 percent. Wine was fourth on the list, at 2 percent.

Sale of land to foreign interests over the past 10 years netted around $1.4bn for dairy, $320m for other farming, $530m for forestry and $465m for wine. The value of some transactions are confidential.

When forestry, dairy, farming and wine making land is added up, foreign interests from the United States bought the most hectares.

People from the US also bought the most land (45 percent) for dairy operations. China was in second place, with 18 percent of purchases and Germany third, with 10 percent.

Most of the land sold in Canterbury went to US purchasers, while Southland land went to German buyers.

United States buyers also purchased several beef, sheep or deer farms, with the UK and the Netherlands ranking second and third as the biggest buyers of this type of land.

Most of these purchases were in Otago.

How does NZ compare to other countries?

Spain, Chile and the United Kingdom are open to foreign purchase of agricultural land.

It's hard to compare New Zealand's level of foreign ownership of agricultural land to other countries as there's no collated, current data.

Analysing the purchases made between 2010 and 2020 shows 3 percent of land used for forestry, dairy beef, sheep and other livestock farming and wine growing shifted from New Zealand ownership to foreign ownership.

In Australia, the figure for agricultural land in foreign ownership is 13.8 percent. China owns the most land, followed by the UK, Netherlands and the US.

New Zealand's government is keen for more foreign investment. Rules around forestry have been loosened to help reach the one billion trees target but there's also a push for investment in the food and beverage sector:

"New Zealand - surrounded by the Pacific Ocean - has the light of Spain with the climate of Bordeaux," says the 2020 Investor's Guide to the Food and Beverage Industry, published by the Ministry of Business, Innovation and Employment.

"The country has no agricultural subsidies and regulation is generally rational and light handed … Global leaders have already endorsed New Zealand by investing in manufacturing in the country and about 25 percent of the F&B [food and beverage] manufacturing sector is foreign owned. New Zealand welcomes new investment and investors will participate in its success."

How the data was analysed:

The purchases analysed by RNZ represent a snapshot in time of purchases and do not give an indication of overall foreign land ownership. This is because the OIO does not track if foreign purchasers later sold the land to a New Zealander, or if the purchaser became a New Zealand citizen after the purchase was approved.

Where land was purchased for multiple purposes, such as farming and tourism, RNZ classified it as what appeared to be the main use of the land.