The government is facing increasing pressure over how quickly it is rolling out its record $1.9 billion investment in mental health. 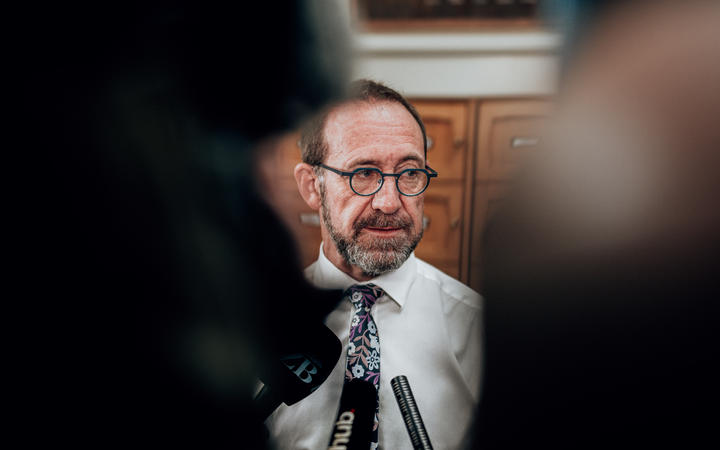 He wants the funding rollout to move a lot faster and has signalled a review of what has been done so far.

The coalition government promised in 2019 to transform mental health services within five years. But just two years later, Little said he was frustrated with the progress.

"There are still major problems. I want to make sure that what we've committed to is actually happening and to the extent that there are people who are still going without who are still suffering, we're doing everything we can to alleviate that suffering."

As of yesterday morning the most recent figures showed just over $500,000 of the $235m invested in mental health facilities in the 2019 Budget had been spent.

National's Matt Doocey challenged Little in the House about the progress made.

At that time, Little wasn't able to provide a more up-to-date figure, but said he was confident the amount spent had increased since April.

"Claims for expenses incurred for capital projects are made at relevant milestones, for example once the detailed business case and allocated funding has been approved or at relevant times during the financial year," Little said.

He later shared this figure with RNZ's Checkpoint.

"So in terms of the $235 million allocated for the mental health rebuilds and upgrades, I think roughly $9 million has been spent so far in the design, planning and getting consent stage," Little said.

But Little is still not happy with what's been done so far - so is considering an independent review of the rollout.

"The public are entitled to an assurance that actually what we started out doing in 2019 with a $1.9 billion investment that good progress is being made, but these things do take time. Regrettably as that is, and the people who end up suffering as a consequence, I know, are some of our most vulnerable and I am deeply concerned about that."

"The last thing we need to do is go back to another inquiry process, we need action."

Finance Minister Grant Robertson is considering roping in his new Implementation Unit to ensure there is action.

"I've already flagged previously that mental health will be an area that the Implementation Unit looks at, that's because it's an incredibly important area. Equally, the delivery of capital projects in the health sector does need to improve."

But Doocey said this was another example of the government failing to deliver.

"This government needs to act, but unfortunately I don't believe that they have the capability to actually deliver what they promised New Zealanders."

He questioned why another review was needed and said the government should instead focus on implementing the promises it made in 2019.