Dry conditions in Northland are raising fears a drought may soon be declared in the region. Farmers are increasingly worried about water and stock feed levels, with no heavy rain forecast for the next few months. 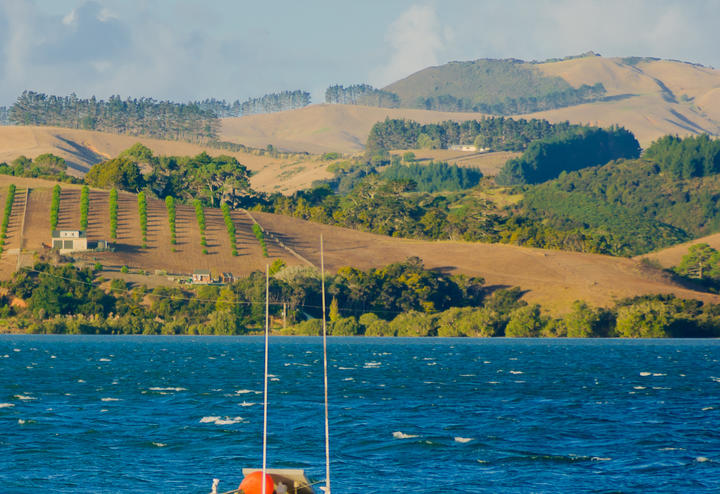 A dry landscape above Mangonui in the far north. Photo: 123RF

Minister of Agriculture Damien O'Connor, has visited parts of Northland, and told Morning Report the region was extremely dry.

"It was patchy, we went from the east coast across to the west coast. On the west, very, very dry. Drying quickly because of persisent winds and they haven't had rain.

"There have been patches of rain in the middle of Northland where in the likes of hill areas it still looks a bit green but it's going to get very dry, very quickly if that wind continues."

There were a number of factors that are used when considering a declaration and O'Connor said government was working with the Rural Support Trust and Federated Farmers.

Since the start of the year, dryness has expanded & intensified, particularly for the North Island.

The NZ Drought Index now indicates extreme dryness or meteorological drought from Northland through to the Waikato. pic.twitter.com/9ebu2YbcxS

"We are making sure we don't declare one too quickly. If we were doing that all the time when things get dry, people lose faith in the ability to farm, banks get uneasy.

"So we have to have appropriate measures, consistent measures we use for drought declarations."

The declaration would help farmers when they were talking with banks and suppliers.

"Everyone will understand things have slowed down a little bit. Maybe the money may be less of it coming in, maybe a little slower coming in. So it's just a general understand of the challenges faced by the region which is why farmers seek a drought declaration."

He said many farmers had stored feed and many were getting better prepared for disruptions to farming.