The New Zealand arm of the firm which is contracted to help build City Rail Link is not in administration - but its Australian owner is. 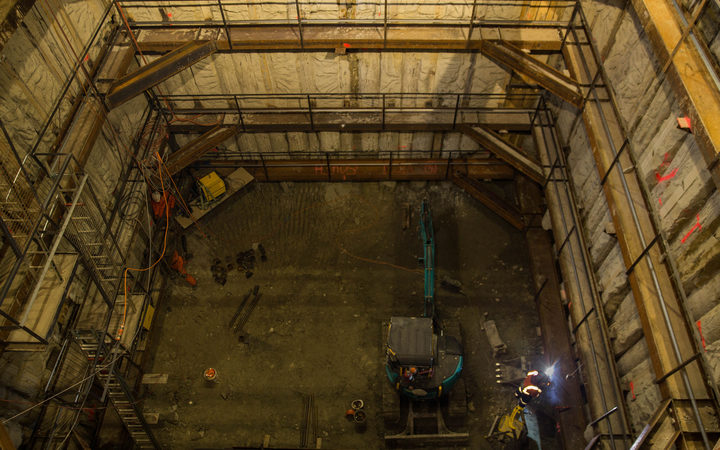 City Rail Link chief executive Sean Sweeney told RNZ yesterday that RCR in a joint venture with Opus, was the 'preferred bidder' for the contract that would see it design and build the railway tracks.

He said it was a multi-billion-dollar contract, and no other companies were in the running for it.

An ASX announcement by RCR last month, said it had signed an interim project alliance agreement with City Rail Link to do the work.

Mr Sweeney told Morning Report he was waiting to hear what the effect of RCR Tomlinson going into adminstration would be on the New Zealand arm.

"The works they are in contract with us to do is to deliver a design solution for the rail system's contract and that work essentially completes next March," Mr Sweeney said.

"So here and now, the impact on the City Rail Link job is zero."

He said while the risks were low he was still meeting with RCR representatives today to hear what their intentions were.

"We need to go through a process of finding out from the receiver what their plans for RCR New Zealand are.

"I've traded through a number of receiverships and administrations, there's a very good chance that RCR New Zealand could just carry on - that's been the circumstances in a number of contracts I've worked on before.

Asked whether assets of the New Zealand arm would come into play during the owner's liquidation settlement, he said it was likely there could be some impact.

"The extent of it though is far too early to speculate because there is a range of scenarios that could play out and a number of those scenarios could mean the work carries on uninterrupted and we move on from there.

"There's a lot of dust that's got to settle on this before we get to a definitive position and it's important for us that we're not seen to be prejudicing their affairs."

Just two days ago, RCR listed an advertisement on LinkedIn seeking to fill a host of jobs on the City Rail Link, from senior to graduate engineers, through to health and safety managers and quantity surveyors.

The ad noted: "One of the key objectives of the CRL Project is to contribute to social sustainability across Auckland, targeting employment for Māori, Pasifika and youth along with others marginalised in the workforce."

Public Transport Users Association's national coordinator Jon Reeves said it was a bit of a shock to wake up to this news.

"It is a major concern. This is the largest transport project ever in New Zealand," he said.

"At this stage we can't tell what the impact's going to be, but there most definitely will be an impact, that's for sure."

It was too early to say whether the completion date would be compromised, but he said it most likely would be, by months but hopefully not a year.

He said if this part of the project had to go for re-tendering, it could potentially cause a delay of three to six months.

The City Rail Link is scheduled to open in 2024.

A director of the investment management company Allan Gray in Australia, Simon Mawhinney, said the collapse was astonishing and an absolute disaster for shareholders.

"We've never seen a turnaround like this," Mr Mawhinney said.

"After the $100 million they raised, they allegedly had $140 million of net cash and a seemingly bullet-proof balance sheet.

"To go from audited financial statements released to the ASX in August, signed off by the board and their bankers, as well as the positive AGM commentary in October, defies belief.

"It's very hard to say what's happened, we have no idea. Something terrible has happened on the watch of the current board."