Auckland mayor Phil Goff wants to expand the City Rail Link project to cater for a "rocketing increase" in people using it. 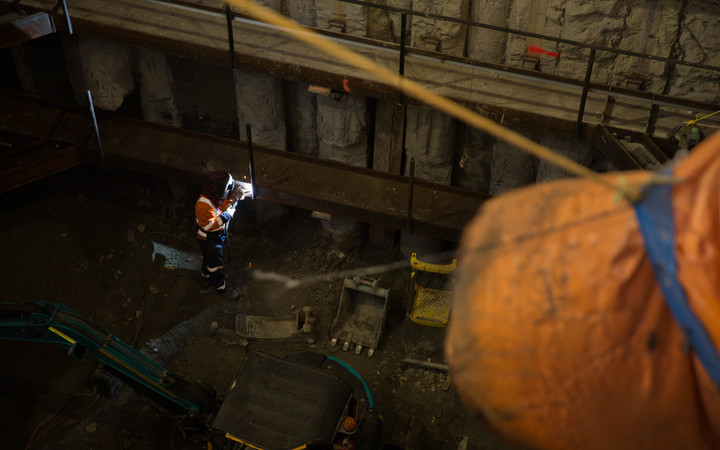 The expected extra cost would be about $100 million.

Transport Minister Phil Twyford said he agreed that in principle more money could be spent on the project upfront, to avoid further costs down the line.

However, that was a decision ultimately up to Cabinet, he said.

"Our government believes that investing in a transport system for the future it's very important that we don't underinvest and create the classic Auckland Harbour Bridge situation where within years of building the new harbour bridge they were putting the clip-ons on," Mr Twyford said.

The council and central government were splitting the cost and Mr Twyford said he would take the proposed increase to Cabinet.

Mr Goff said the council was considering plans to widen the rail tunnel and lengthen the platforms at two stations - Aotea and Karangahape - and put in a second entrance to the latter at Beresford Square.

Present plans already included a provision for a future entranceway there.

Mr Goff would only give RNZ a rough figure on the cost of the expansion as he did not want to prejudice the tendering process, but he said this was the biggest single contract of the overall project.

His preference was to do all the work now, because he said the rail line was forecast to reach capacity within a decade.

Doing so would lift the capacity of the rail line from 36,000 passengers per hour - which was the estimate in the original plan - to a peak hour capacity of 54,000. 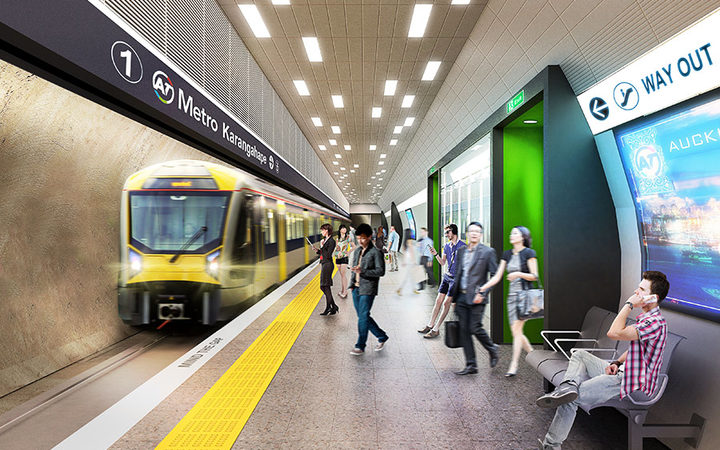 An artist's impression of the platform of the proposed Karangahape Road station. Photo: Supplied

However, he said both the council and the government would need to agree and sign off on that as the cost of the project was still being split in half.

The tendering process for that part of the City Rail Link project has faced big delays. In February, the tender documents for the building of tunnels and stations were delayed by three months, following the withdrawal of a preferred bidder from the process.

In June, the council and government-owned body overseeing the project, City Rail Link Limited, announced the tender process was set to recommence with two committed bidders for the job.

Mr Goff now said the tender documents would be released on Thursday.

The current plans for construction