The National Party says the government has simply adopted its vision for transport in Auckland. 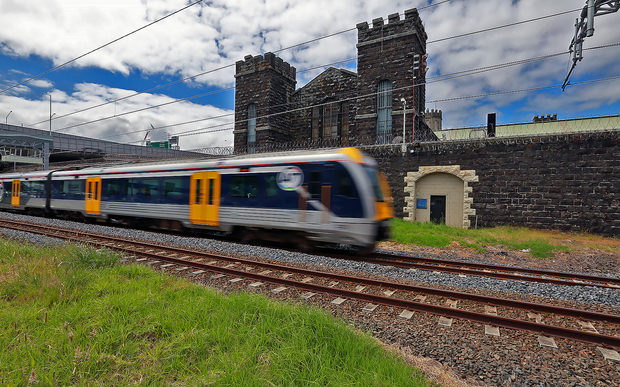 The government launched its rejigged $28 billion Auckland Transport Alignment Project that will fund roads, rail, bus lanes and cycleways across the city over the next 10 years and is aimed at easing Auckland's infamous congestion.

At the launch, Auckland Mayor Phil Goff made it clear the city must deal with its traffic problem.

"We have congestion, we are facing gridlock, it is costing us huge frustration and it is costing the country, not just Auckland, the country one to two billion dollars a year," Mr Goff said.

"All over the world cities are retrofitting car-dependent urban areas with modern rapid transit systems.

"In Australia alone, there are light rail systems currently being built in the Gold Coast, in Canberra, in Newcastle, in Sydney and in Melbourne.

"Dozens and dozens of cities around the world are doing this because they recognise that cities of any scale cannot be either liveable or economically prosperous without modern rapid transit systems."

National's transport spokesperson Jami-Lee Ross said many of the projects are awfully familiar.

"I think the best part of it is that they've recognised that many of the projects the National Party were putting in place were well worth doing - they've agreed to do what effectively Simon Bridges announced in August last year," Mr Ross said.

"So Phil Twyford's adopting many of the projects that we were progressing - the key difference is, we wouldn't have taxed the country more to subsidise those trams down Dominion Road."

Mr Ross said some motorists will be hit hard by the new funding mechanisms.

"The worst part about this is that we're seeing from Labour they're happy to put up more taxes on the whole country - when it comes to the Penlink area, they want Rodney people to pay a regional fuel tax, increased national fuel taxes and they want to put the toll on top for Penlink.

"So, those people are being whacked three times for that particular road ... but that's the Labour Party for you."

Act's David Seymour said the government could have been more ambitious.

He said there needs to be extensive public private partnerships and electronic road pricing to complete the motorway network.

"Those are the kinds of radical developments that are required, so good on the government for what they've done but it's simply not proportional to the crisis, it's like setting a capuchin monkey on a gorilla," Mr Seymour told RNZ.