No one should be surprised by the government's decision to halt offshore oil and gas exploration permits, Prime Minister Jacinda Ardern says.

Environmentalists are hailing it as a victory, but the chief executive of the petroleum exploration industry body says it shows a complete misunderstanding of the industry.

The announcement was backed by both New Zealand First and the Greens.

However, Green Party co-leader and Climate Change Minister James Shaw said it didn't go as far as they would have liked.

"We would like to be able to move faster on this transition but we did always say that we would honour existing permits.

"The fact is that there is a phase out onshore of another three years and we would like to move a little bit faster on that, we think that would provide a little bit more certainty to the industry."

"Today we have delivered to them the confidence that the rights they currently have, which are long-term rights, are not going to be molested."

Petroleum Exploration & Production Association New Zealand [PEPANZ] chief executive Cameron Madgwick told Morning Report there should have been consultation before the decision was made, and the move showed the government did not understand the industry.

"It shows a complete misunderstanding by the government of how our industry works ... these are multi-decadal decisions, there are people here today that are looking forward to the future and what that might look like for their business, the planning around that indeed the equipment that might be needed."

Mr Madgwick said it would have a massive impact on jobs and other forms of fuel would become more expensive, and said it was an issue of energy security.

"This is signalling very clearly that [oil and gas workers and business owners'] job security is in question. To claim anything different is disingenuous.

"Permits that are currently on foot, they will remain ... but it's a finite resource, so one has to keep looking for it as it declines. New exploration permits have approximately a 20 percent success rate.

"There's a very high probability that our existing reserves will deplete in a very short period of time, so not continuing to look offshore, where the largest reserves are likely to be, is completely baffling."

Ms Woods said the industry should not be surprised by the government's stance however, telling Morning Report she gave a speech at the PEPANZ conference last month which signposted the plan.

"I explicitly said I woudn't be making any announcements about block offer 2018, but I gave a speech that laid out the long-term direction of government that talked about the need for us to be putting in place the transition planning and announced that I've asked MBIE to start that transition planning."

She said the government wanted to avoid a shock to the economy, which was why they had not pulled the plug entirely.

Prime Minister Jacinda Ardern also said no one should be surprised by the government's decision. 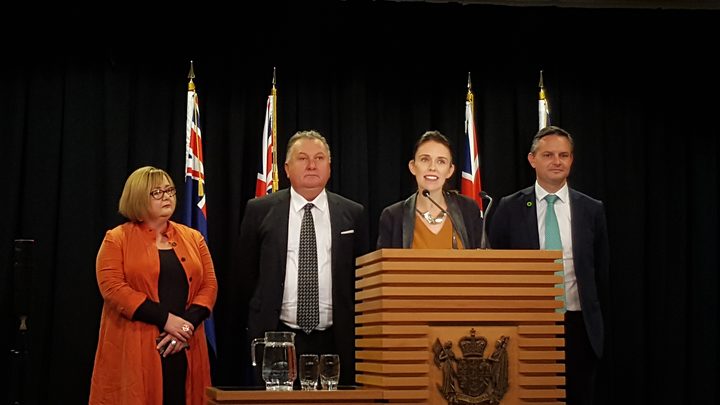 "I would be surprised if they consider themselves to have been blindsided.

"Look, we flagged both our interest as a part and as a government towards moving away from fossil fuels, we've always talked about a just transition and the need for a lead time.

"We knew very clearly what the industry's view was."

"Yes, it talks about a transition to a net zero emissions economy, but banning one form of fuel is not the way to do that. It's about the emissions not the fuel.

"This is not a uniquely New Zealand problem and indeed the tools to address climate change aren't about banning fuel [exploration], they are about emissions reduction.

"They are quite different things."

He admitted the government's move to stop granting new exploration permits was not a ban on fuel, however.

Mr Madgwick also suggested New Zealand's gas was a cleaner-burning fuel which could allow a transition away from coal.

"We would say that you should transition in the first instance to gas, as the cleaner-burning of the fossil fuels. Most of the world still relies heavily on fossil fuels for electricity generation," he said.

New Zealand Oil and Gas has interests in several onshore wells and a permit to explore a large area off the coast of South Canterbury, known as the Barque prospect, which has been touted as a potentially significant gas producer.

Its chief executive Andrew Jeffries also backed the suggestion New Zealand gas could help other countries move away from other, higher-emission fuels.

"The world needs the energy, it's not going to be helped by us thinking locally and saying 'we're all right and not going to explore'," he said.

"Clean energy produced in New Zealand has a real place in the world's energy mix," he said.

Mr Jeffries said he agreed that heavy-grade oil produced from oil sands and the like should not be used, but lighter-grade oil and natural gas would be needed for the forseeable future.

However, although Ms Woods admitted New Zealand's gas did produce about half the emissions of oil, she said the gas could not be exported anyway.

"The reality is that we don't export our gas in New Zealand, in order to export it, it needs to be transformed into LMG," she said.

To give an idea of the scale of such an endeavour, she said plans to construct an LMG production plant in Australia estimated a cost of $46 billion.

She said that argument also applied only to gas, as oil from New Zealand had the same level of emissions as in other parts of the world, and said the world was moving away from fossil fuels anyway.

Ms Woods also said future mining permits could also be granted to current exploration permit holders, meaning exploration could continue until 2030 and mining could last beyond 2050.

The slump in world oil prices in recent years killed interest in offshore exploration in New Zealand waters. One permit was issued last year, none in 2016. However, 25 were issued between 2012 and 2015, for periods of between 10 and 15 years. 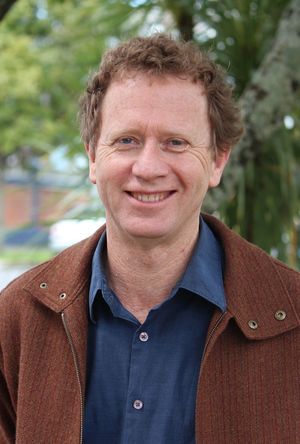 The government said it was taking an important step to address climate change and create a clean, green and sustainable future for New Zealand.

Greenpeace director Russel Norman told Morning Report it was a huge win for the climate.

"I mean New Zealand has the fourth biggest exclusive economic zone on the planet," he said.

"In my view they should have gone further, when you look at the science we can't afford to burn even half of existing oil reserves if we want to avoid a climate catastrophe, so in my view we should have revoked the existing permits and we shouldn't be doing onshore Taranaki oil and gas exploration.

"But nonetheless this is still a very significant decision and I think it will be globally significant.

He said the world was waking up to the realities of climate change.

"People are putting pressure all around the planet now, because we understand the global problem. We need to act globally.

The World Wildlife Fund also described the announcement as a huge step forward for New Zealand.

A week later more than 200 protesters also blocked entrance to the New Zealand Petroleum Conference, during which the government held off on announcing any new permits and signalled it wanted to move away from fossil fuels.

In a statement this morning Ms Ardern said there would be no further offshore oil and gas exploration permits granted.

The industry has said it wants to be consulted before any decision was made.