Three people were arrested after more than 200 protesters blocked the entrance to the annual oil and gas conference in Wellington this morning.

About 500 people are in the capital to attend the three-day event, when the government usually announces its block offer for oil and gas exploration.

The protesters blocked all four entrances to the venue, tying themselves to gates with cable ties and ropes.

Two men - aged 22 and 19 - were arrested and charged with assaulting police, while a 20-year-old woman was arrested for obstructing a public place and given a pre-charge warning.

Police said there had been reports a man had been injured, but he declined any help when found by officers. 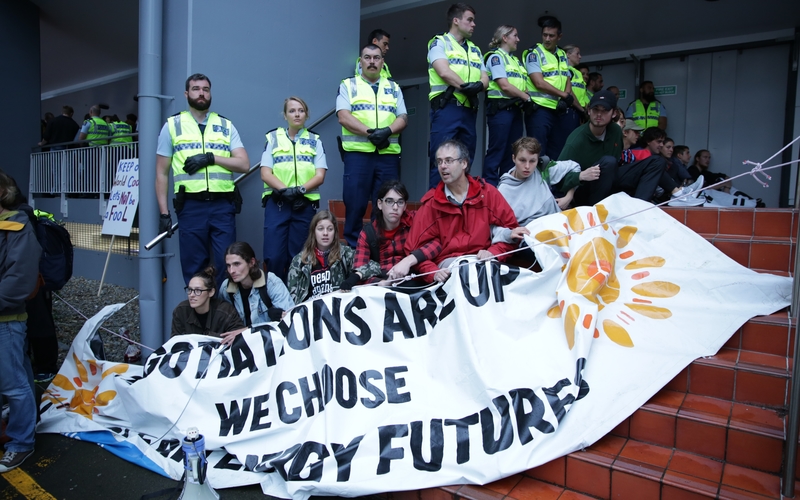 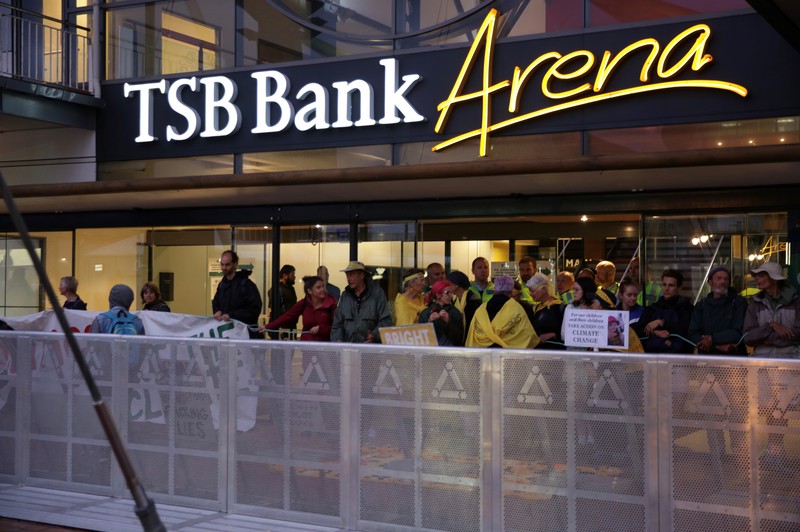 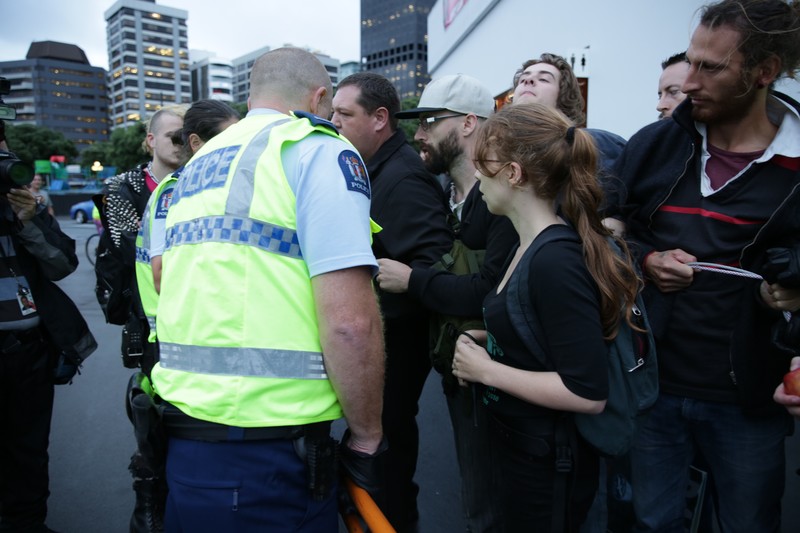 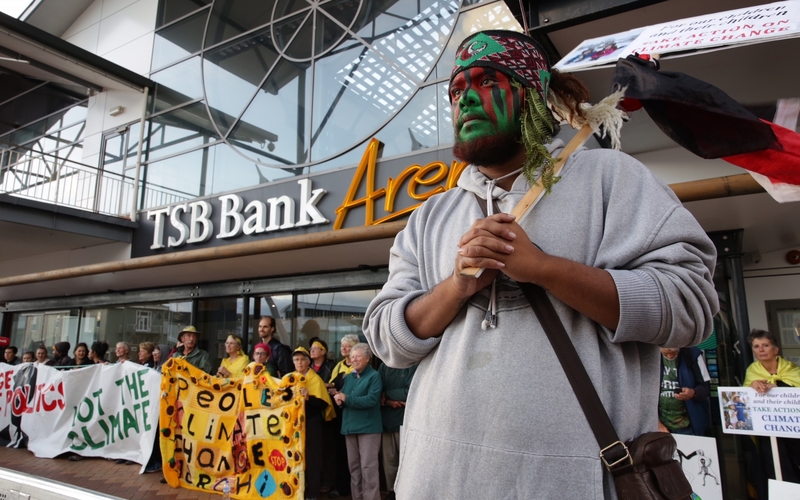 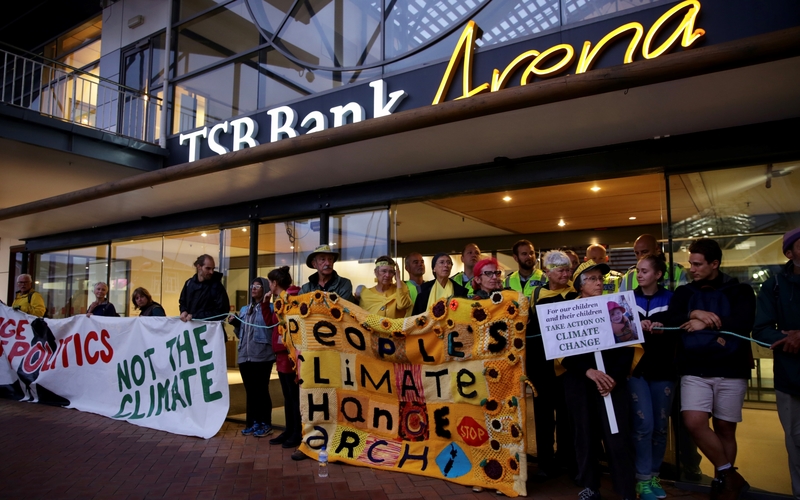 Last week Prime Minister Jacinda Ardern confirmed she was "actively considering" the future of oil exploration, and it has been confirmed this morning that 2018 block offers will not be announced at the conference.

Energy Minister Megan Woods is to speak at the conference.

Te Ara Whatu's India Logan-Riley said protesters have been working hard to shut it down.

"We told them last year they're not welcome here and we did a pretty good job of that so we're here to continue that. It's going really well so far and we had two arrests," she said.

"We have had one injury but we've been here protesting peacefully sending a very strong message and the conference hasn't been able to start so we've done our job, we're winning."

Oil Free Wellington, the group organising the protest, said two people have been arrested, however police are not confirming this.

"There were a group of Super Grans - people 70s and over - here blocking the doors.

"The police moved in behind us and kneed us in the back to try and get us to move.

"I wouldn't call it extreme violence but it was uncomfortable and some people were hurting a bit."

Ms Fitzsimons said when the group told police they were hurting them, they eased up.