MPs have been urged today to provide wider legal protection for medicinal cannabis use than is currently proposed. 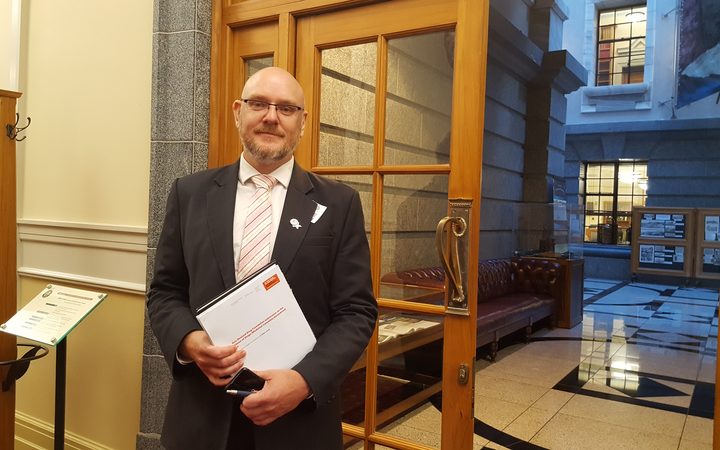 Under the Misuse of Drugs (Medicinal Cannabis) Amendment Bill before Parliament, only those terminally ill and with a year left to live would have a legal defence against prosecution for illicit marijuana use.

The Drug Foundation director, Ross Bell, told MPs on the first day of hearings on the Bill that was not good enough. He said the Bill should be extended to also cover those with severe and debilitating conditions.

Mr Bell said the same statutory protection should also extend to those who support patients.

In February, Green MP Chloe Swarbrick's Bill - which would have allowed sick New Zealanders to use and grow marijuana, or have someone grow it for them - was defeated in Parliament.

Ms Swarbrick has backed the Misuse of Drugs (Medicinal Cannabis) Amendment Bill, but she also identified gaps, saying legal protection for the terminally ill stopped short of what is needed.

"We're all quite aware of the gaping black hole that presently exists," she said.

"I'm aware that my Bill was evidently voted down because people were concerned about the provision, the so-called 'grow-your-own' provision, but what we have right here is people still needing to get access to cannabis illegally. Somebody has to grow it."

There were other problems too.

"We currently have a situation where police on the frontlines are being quite open about the fact that they are defacto decriminalising the use of cannabis for medicinal reasons or recreational reasons or otherwise. What we are - as the Green Party - concerned about there is that there is no rule of law."

Shane Le Brun of the Medical Cannabis Awareness New Zealand charity, said those most at risk of being prosecuted for illicit cannabis use were not the terminally ill at all.

"I'm quite plugged in with who's getting busted by the police and it's not terminal patients. There's no one who's two months from death's door that has the police knocking on their door, so that whole part of the Bill was actually toothless."

Mr Le Brun also questioned whether others who were very ill but not near death needed medicinal cannabis for pain relief too.

"Are we happy with really sick people to be hauled before the courts for growing something that helps them, especially when the legal options cost thousands of dollars a month?"

The College of General Practitioners said doctors want the best for their patients, but clinical trials and Medsafe approval are needed before medicinal cannabis is made more widely available.

Asked if those with chronic illnesses should be included in legal protection, the college president, Tim Malloy, said doctors would struggle with who that would cover.

"That's going to be the issue. It's not whether this applies to them or not, it's how do you define it and what are the criteria and what do you have to have tried beforehand. So there's a whole body of work that needs to be done to define that for us."

GPs also said they wanted health equity, and part of the reason for the Bill was to improve access to beneficial treatments, including the potential for medicinal cannabis.

"There is an equity issue here as Pharmac does not currently fund Sativex and most people would not be able to afford it -- a thousand dollars a month -- without funding."