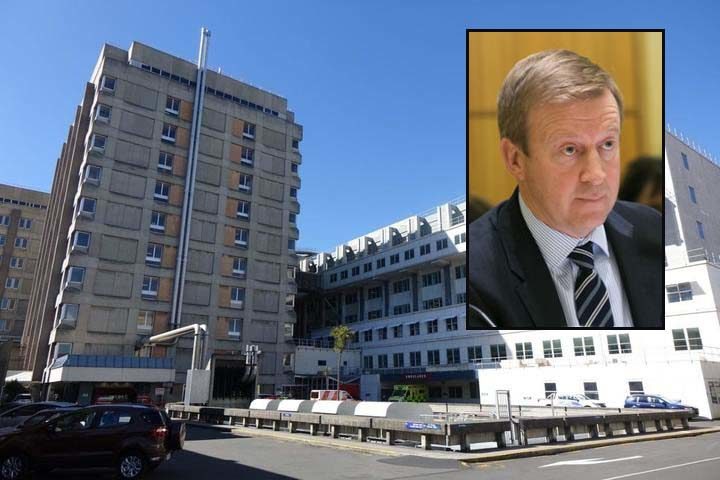 Surgeons have called for Jonathan Coleman to apologise. Photo: RNZ

The Southern District Health Board is under the spotlight over accusations of unacceptably long waits for urological services.

Ten prostate cancer patients at Dunedin Hospital have had to wait seven months for urgent surgery, and Urological Society chair Stephen Mark has described the situation as a "crisis of patient care".

Orthopaedic surgeons Simon McMahon and David Gwynne-Jones today demanded that he apologise for the remark.

Dr Gwynne-Jones said the comment was unacceptable, especially after Dr Coleman repeatedly refused to front up over the problems.

"So then he's come out and said the hospital is a cot-case and the department is toxic, and I think it shows that he's really rather out of touch with what is really happening in the place. We're all working as hard as we possibly can to do the best for our patients and we don't feel that comments like that coming from the minister are helpful.

"He has pre-judged the results of the urology review, labelling the department 'toxic', and I think that's very disrespectful for the hardworking people within that department. And I think saying the whole DHB is a cot-case is hopeless for morale."

Dr Coleman said the DHB has sufficient funding, but Dr Gwynne-Jones said it was penalised by the population-based funding formula.

In the last year, staff workloads had increased, he said.

''Certainly the stress for our nurses has increased, the turnover on our ward has increased ... the nurses, they're finding their workloads are dramatically higher over the last year.''

The department was not toxic, but it lacked resources for the surgeons, he said.

''We certainly are struggling to provide what we think of as a satisfactory service for our community. You know, we're a group of committed health professionals and we're working as hard as we can to try and do what we can.

''It's not about needing surgery. It's about how much we can deliver.

''We want to see some progress towards being able to do more than we can now in a little bit more comfort.''

In the letter to the Minister, the surgeons said there was a shotage of staff and there was not enough operating time.

''While it may be politically uncomfortable, the fact is that for whatever reason ... in spite of the majority of us endeavouring to squeeze as much out of the system as we can for our patients there is a major mismatch between the demand for our services and our ability to deliver.''

The letter said this meant the hospital was unable to admit as many patients as needed treatment and struggled to care for those who were admitted.

''It is apparent to us that financial performance has taken priority over clinical performance ... Unfortunately ICU, cardiac surgery, and urology [are] the tip of the iceberg.''

In 2015, Mr Coleman dismissed the hospital board after a report found an urgent need for reform.