Six Waikato dairy farms have been fined $9000 total for failing to keep written employment agreements or time records, and the Council of Trade Unions has called for a wider inquiry. 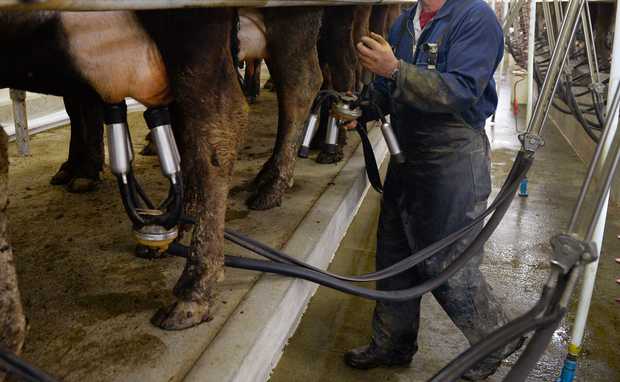 The Labour Inspectorate investigated 28 farms over the past two months - half of which breached record-keeping requirements by employers.

Fines were issued after the investigation over two months found 21 breaches of employer obligations across 14 farms, with seven improvement notices and three warnings also issued.

The offences ranged from failing to keep written employment agreements and time records to not holding wage, holiday and leave records.

He said he was not surprised by the revelations, and he thought the high ratio of offenders could span the length of the country.

"Half of the farms being in breach reflects poorly on all of us if we just turn a blind eye to this carry-on, so we would like more to be done and we don't think the labour inspectorate has anywhere near the resources or the capability to do it - so we need a wider inquiry."

Labour Inspectorate regional manager Natalie Gardiner said the farmers knew what the regulations were, they had just chosen to ignore them.

"The majority of them were well aware of what they were required to do, they just simply hadn't got round to putting them in place.

"And we really want to make the farmers understand that they're actually protecting themselves and their employees. Not having these things in place they're making it really difficult for themselves."

Farming bodies were quick to condemn the failures, with Federated Farmers dairy chairperson Andrew Hoggard saying there was no excuse for not keeping records.

"It's been a rule for 25 years now, so if people aren't going to pay attention to the messages - if they're not going to take the carrot, then all that's left is the stick."

He said he did not think the issue was widespread but had a word of advice for farmers.

"I would advise people to just seek out what they can use, and start using it - because it's not that hard and it's a damn sight cheaper to get these contracts and use timesheeting software than it is to pay some of these fines."

An MBIE spokesperson said it provided online resources with tailored contracts and templates for farmers, while Federated Farmers had industry-specific employment agreements.