The government's Labour Inspectorate is massively under-staffed and struggling to respond to the inadequate pay and conditions of many farm workers, the Labour Party says. 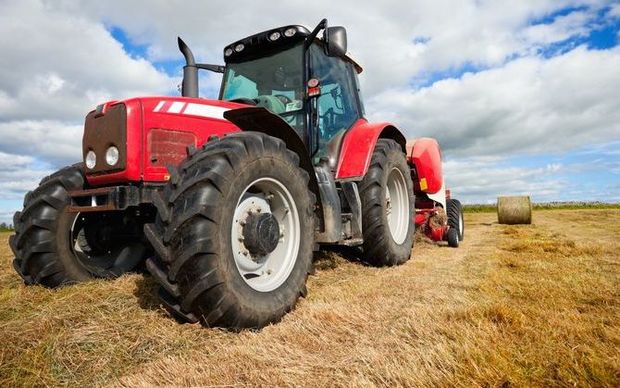 A Leeston farm manager, who was told she could lose her job if she did not return to work days after giving birth, and an assistant manager, who was only able to take one day off in seven months, have been awarded $21,907.42 after successfully taking their case to the Employment Relations Authority.

The couple worked at the farm owned by Kershevin Farms Ltd for seven months from June 2013. They took their case for unfair dismissal, and other poor treatment, to the authority after the farm was sold.

The authority found Bernard Reiher, the assistant manager, was not allowed days off, while farm manager Kirstin Morgan was told she was not allowed maternity leave after giving birth.

When Mr Reiher asked the company why he had to work so much, he was told he took the "job on knowing that's the way it is".

He said New Zealand had only about one third the number of labour inspectors the International Labour Organisation suggests the country should have.

"There's no doubt that farmers do expect workers to work long hours and they might go weeks without having a day off," he said.

"I have been made aware of cases where people are working below the minimum wage. We need to have a Labour Inspectorate that's fully resourced to go out and enforce the law."

A spokesperson for the Workplace Relations Minister, Michael Woodhouse, said the Labour Inspectorate and other authorities successfully monitored non-compliance.

The spokesperson said Ms Morgan and Mr Reiher's success before the ERA showed the system was working.

Former Council of Trade Unions head Helen Kelly said the Labour Inspectorate had recently stepped up its game in terms of monitoring, but the government still needed to hold an official inquiry.

She said many farm workers are working 70-hour weeks, or more.

"What the Labour Inspectorate is finding is amazing numbers of lack of compliance - very high turnover, very low pay, long hours, high accident rate - those things add up to what farmers describe as a staffing crisis but what I call workers walking away."

She said an inquiry would be useful.

"It'd be useful for farmers, useful for the government to work out how to build a sustainable workforce and how to end, you know, the constant need to inspect these farms and catch them rather than actually educate them and work out how to fix the problem," she said.

Council of Trade Unions president Richard Wagstaff agreed an inquiry was needed. He said poor working conditions had been rife in the industry and were not just as a result of a few bad apples.

"You would need a heck of a lot more inspectors than the 55 there are now, who are already overwhelmed with other issues such as the treatment of migrant workers," he said.

Mr Woodhouse's spokesperson said there were no plans for an inquiry.

Federated Farmers' Dairy chair Andrew Hoggard said he believed the focus was on those farms that had been drawn to the inspectorate's attention.

He said long hours and low pay were no longer the standard among dairy workers, and the Leeston case proved the law was working.

"The employment conditions should match what's set forth in the contract," he said. "If an employer isn't living up to what they've written in the contract, then the employee has all the power to take that to the labour inspectorate and then go through the system and seek redress through the legal process."

But he said an official inquiry could be a waste of time.

"If an inquiry comes out suggesting we need more rules to cover the rules that are already being broken, I would think the first place to sort out would have been to enforce the rules we've currently got," he said.

The Labour Inspectorate's central regional manager, Natalie Gardiner, said it was concentrating on specific high-risk sectors, including dairy which it has been focused on since 2013.

"Ensuring that New Zealand's workplaces are fair and equitable isn't just up to the Labour Inspectorate, but is the responsibility of all employers and individuals," she said.

Ms Gardiner said the Inspectorate proactively visited dairy farms and encouraged anyone who was being exploited, or knows anyone who was, to call its contact centre on 0800 20 90 20 "where their concerns will be handled in a safe environment".