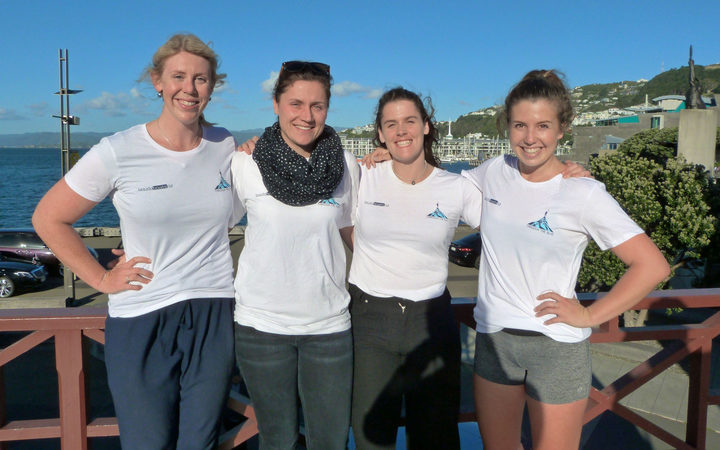 For about 13 hours in mid-April, four women will cross the rough Cook Strait waters in a rowing boat.

They’ll become the first all-female crew to do so, an accomplishment team member Eleanor Morris was unaware of until I told her (“Are we? Oh cool!”), because the epic mission isn’t so much about the achievement, but helping others.

All four rowers have experienced struggles with their mental health.

“I attempted suicide in 2016. I was just avoiding any sort of emotion that made me feel uncomfortable because I didn’t know how to deal with it. I would either push it down completely or use other things to make me feel temporarily happy,” says Eleanor.

“What happened was just a manifestation of years of bad coping strategies.”

She says simply learning about the definitions of depression and anxiety, and how to recognise the signs, isn’t enough.

“This is about things like emotional regulation and learning how to cope in stressful situations with helpful strategies. Our parents and teachers did their best, but I think very few young people are equipped to deal with this sort of thing. I certainly wasn’t.”

Johannah, a student and NZ rep, has always wanted to row the Cook Strait. She’s stoked she’s finally found a great cause.

“I’ve really struggled with different aspects of mental illness and especially how that related to school. I’m dyslexic and ADHD and I didn’t understand how that affected me in certain situations. That really damaged how I viewed myself,” she says.

“And I suppose as an athlete there’s this sense that you don’t ever want to show weakness and certain types of emotion.”

She says so much she’s learned about mental illness in her early twenties would have been invaluable when she was younger.

“We want to help provide teachers and parents with a language to help young people better reflect on themselves and how they relate to others,” she says.

The team searched for a charity that aligned with their ambitions, but found none. So they started their own - Through The Blue Charitable Trust. They’ve already raised almost $2500.

Their preparation for the mission, which will take place on a yet-to-be-determined date in mid-April, began weeks ago.

They train endlessly after work or university, churning through audiobooks and podcasts. They’ve spoken to yachties and Interislander pilots about the best way to navigate the journey.

A few weeks ago, one of the team suggested the crossing was a metaphor for living with mental illness.

“We’ve learned to train our bodies for long periods of hardship and we’ve learned the terrain - and we’re crossing together, as a team and as friends,” says Johannah.

“The biggest difference is that we know with the crossing, there’s going to be an endpoint.”

When they finally arrive in Wellington Harbour, exhausted and worn down, Eleanor says she’ll only have one thing on her mind.

“Just someone get me a beer.”