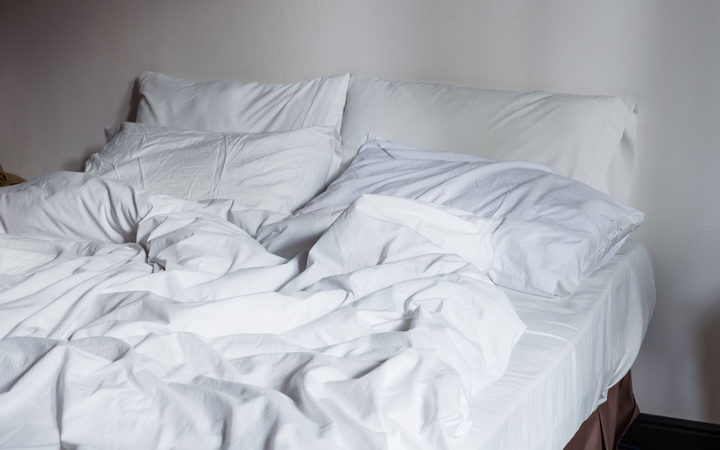 In 1975, sex workers in France had it tough. Pushed by police to the darkest corners of the streets, facing the violence of precarious conditions and crushing social stigma, they decided it was time to make some noise. More than 150 occupied a church, and so it was that International Sex Worker Rights Day came to be.

There are still numerous myths and a lot of confusion surrounding sex work. As a sex worker myself, and someone who has met different types of workers from all over the show, I feel confident saying that the immediate problems sex workers in New Zealand face are tied to stigma.

Even without fear of being followed by an arm of the law, there is a point at which the stigma attached to this line of work is so rampant we end up having to police ourselves, keeping the work secret, and limiting our ability to feel safe physically, socially, culturally, and economically.

Sex work serves an important number of purposes in our culture; it's difficult to talk about the good bits through all the thick moralistic fog.

Maybe you've heard this before, but no matter your background, race, gender, ethnicity or class, it's likely you know a really cool sex worker, who's too afraid to tell you. They shouldn't just be accepted, they should be embraced. Sex work serves an important number of purposes in our culture; it's difficult to talk about the good bits through all the thick moralistic fog.

We're lucky to have decriminalisation. The NZPC (New Zealand Prostitutes Collective) recognises it has improved the rights, health and wellbeing of sex workers, putting them in a fortunate position compared to those in France, for example. Among other things, legitimising sex work has made way for legal recourse.

But there is still a long way to go before we can get at some of the real, ongoing issues. International Sex Worker’s Rights Day is a time to talk about these problems; to intentionally complicate the discussion.

One particular myth is that only women do sex work, and only female sex workers are in vulnerable, exploited situations. There are also many male workers, transgender workers, and gender-fluid workers. When talking about the sex industry, it’s vital to complicate the picture. To avoid reducing it to discussion about women’s bodies.

We should consider the positive aspects of the industry to present a more balanced and complex picture. How can sex work be helpful for people? Asking questions like that is not about glamorising the industry, it's about having more specific discussions. This means not falling into arguments about whether workers and their conditions are either good or bad – instead, we should be able to consider intricacies, positive and negative, and consider how they intertwine.

Sex work can be celebrated for the way it offers spaces for people who don’t fit. Minority groups are constantly confronted with prejudice and lack of understanding; I know transgender street workers, for example, who feel comfortable and safe in their working community; they find it less threatening and psychologically demanding thanthing else out there at present.

What if we were to consider that sex work may be the best out of the limited options on offer for some people, both financially and socially? As one transgender sex worker puts it, before working in the sex industry, her place of employment meant that she had to present as male. Although systems are changing and the acceptance of queer experiences and representation is on the rise, such struggles have by no means disappeared.

Even as a white, conventionally attractive young worker, I personally found working in hospitality far more exploitative, sexist, and overly demanding of my body than anything I have ever had to deal with inside of a brothel. I get frustrated by the fetishisation of sex work when we overlook the fact that bodies are treated badly in a multitude of professions – sexual bodily acts should not be put on a pedestal simply because we have specific emotions surrounding them.

I think that this is an important day not just for sex workers, but all workers who feel frustrated with the lack of opportunities on offer in society.

*Sarah is not the author's real name, which has been changed to protect anonymity.