Behind the harsh rocks of the Kaikoura coast and the bush that coats the hills lives Pete: one of New Zealand’s last true hermits. More than 30 years ago he made a home here in a small hut, where he's lived ever since. 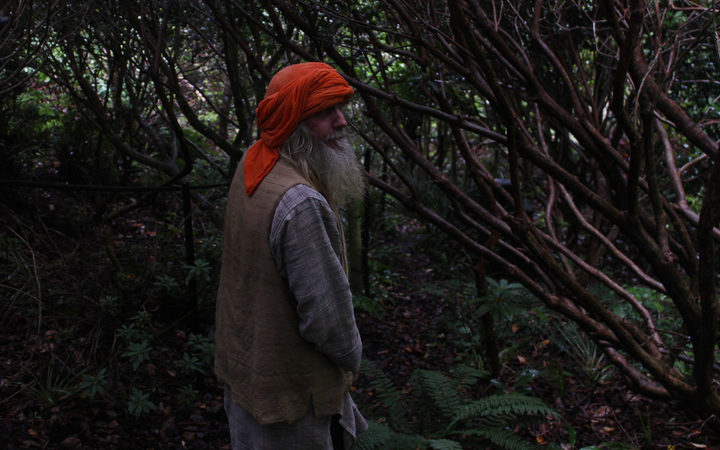 Pete lives in the hills above the kaikoura coast. He lives self sufficiantly off the land and his garden. Photo: Tess McClure

I first came to this place around 30 years ago. I had been living in Asia for a long time. Back then it had been really really poor, and I found it quite frightening coming back to New Zealand. I spent a year living in a Cistercian monastery and when I left I kind of wandered, living in old churches and under bridges and stuff.

There’s a cave a couple of miles down the road, that I’d found as a teenager. So at some point I got tired of wandering and went and lived in the cave. It was beautiful. Looked right out over the ocean, the sea came right up to the mouth of it, but it was so cold in wintertime. I found an old surfer’s hut up in the bush, not far from the cave. It was just plastic and corrugated iron, and a garden growing down at the beach.

One day someone came along and said, “This is government land, you’re going to have to leave, and they’re going to pull it down.”

I’d been there about a year and a half. In that time I’d wandered through the piece of land [I’m on now], and it was like walking into a dream. My sense of being here was so strong. 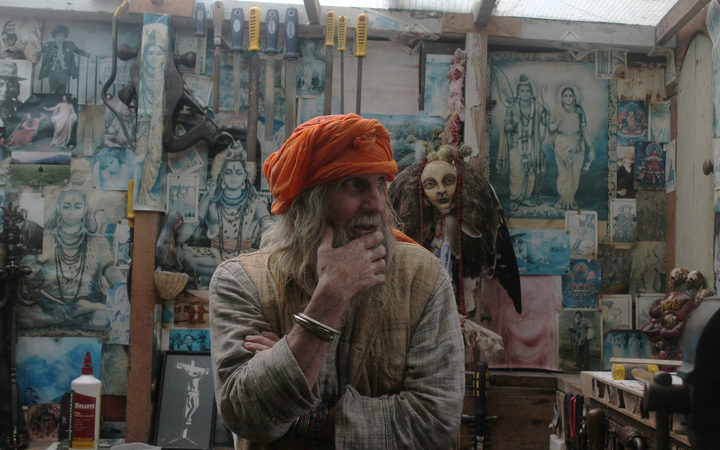 Pete lives in the hills above the kaikoura coast. He survives self sufficiently off the land and his garden. Photo: Tess McClure

I figured it must be Maori land, and if I spoke to the right people, they would let me live here. So I spoke to the council, and they said it belonged to a Pakeha sheep farmer. I just thought oh, a sheep farmer’s not going to let this crazy guy squat on his land. But about a fortnight later I was walking up the valley and there was this old guy on the hill mustering sheep and we had a conversation.

I haven’t always been here, I’ve gone walkabout on a number of occasions. But it also doesn’t surprise me, that this has been home for the past 30 years. I’ve always loved solitude and this is it.

The old guy who gave me the land was an amazing old fella - the kind of person you just don’t really get any more. Really wise, in the way people were of that generation. That kind of integrity doesn’t seem to exist any more. People would say to me, you need to go and see him and get some kind of title, something written down. But even to approach him with that kind of question would be an insult to his integrity. He’s said this is mine and that was good enough.

I’m pretty self sufficient here. No, it’s not hard to survive. It’s amazing how easy it is to grow food. You just have to put it in the ground, and then the hardest thing is keeping up with it all. As long as I’ve got things like flour and rice, salt, tea, I don’t have to go into town. 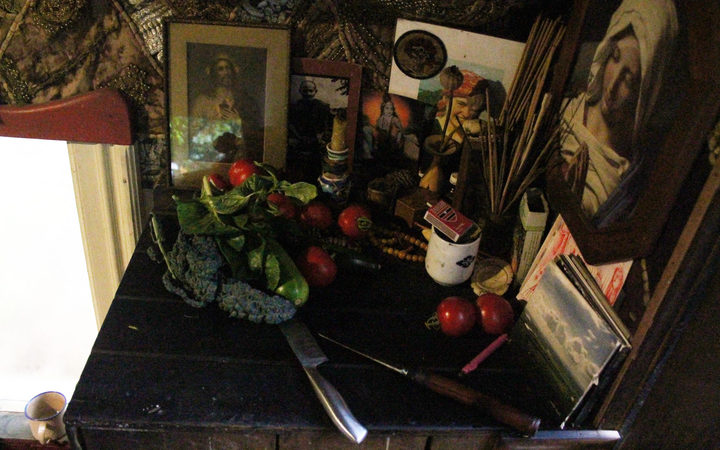 I don’t worry about it, but I do think about it sometimes - frailty, getting older. On the last trip I took to India with my daughter, after she left I spent six months just walking [in India]. And it was really physically difficult. I had very little or no money for most of it, sleeping in bus shelters, and especially up in the mountains where it would be freezing. Or the heat in the south. It was really hard physically.

When I got back here it was bitterly cold, and for the first time I had a kind of a glimpse of how hard it might be, growing old here, because my body just refused to work. I’d wake up and have to crawl to the door because I couldn’t stand. And it was quite frightening, it lasted for maybe a month, and I was asking myself - if this continues or gets worse, it’s going to be really difficult living here. 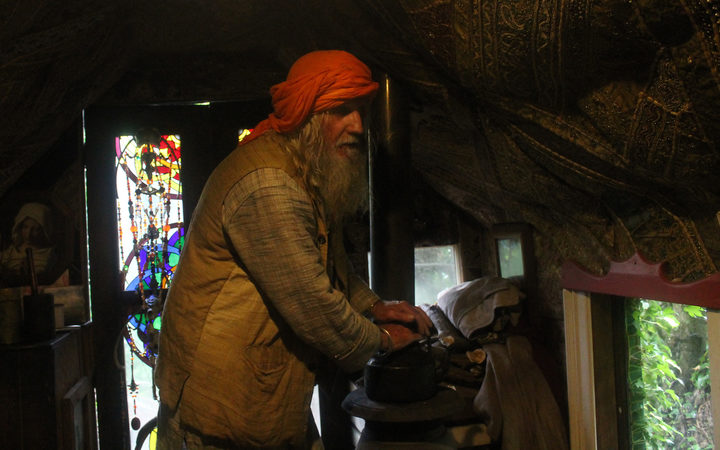 The hut is heated by a wood-stove, which Pete also uses for cooking and heating water. Photo: Tess McClure

A lot of people ask me if I get lonely. But loneliness is just a feeling. It’s no big deal. For a lot of people, it’s as if loneliness is some sort of fearful creature, but it’s not. One time when someone asked me that, I had this image of in temples in Thailand. At the entrance there’ll be creatures that look incredibly demonic and fearful, but they’re just the guardians of the temple. And I think loneliness is a bit like that - one of the guardians that has to be encountered and then, gradually, it turns into a friend - an extraordinary friend. It doesn’t have to be escaped from. 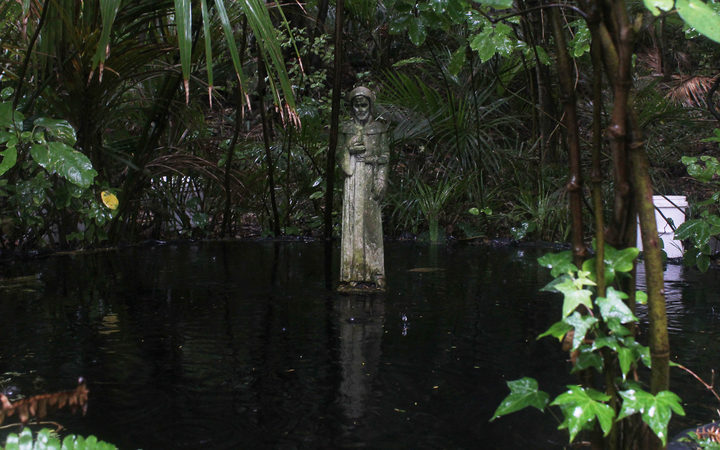 Saint Francis of Assisi watches over a pool at Pete's home in the bush Photo: Tess McClure