An iwi racing to get its community vaccinated is apprehensive about the impact the loosening of restrictions will have in Tāmaki Makaurau. 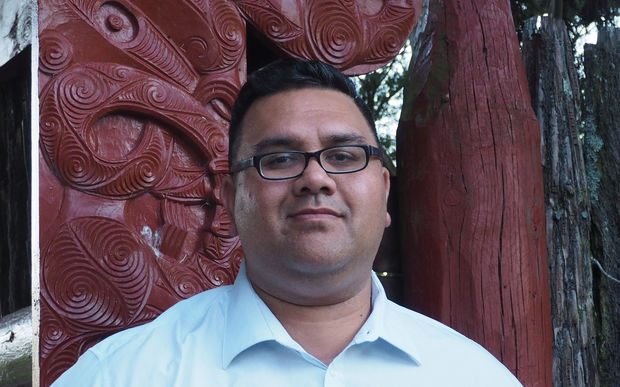 Antony Thompson says an influx of people travelling into rural districts will threaten those who are most vulnerable. Photo: SUPPLIED/Te Runanga Ngāti Whātua

It comes as the country prepares to move into the traffic light system and Tāmaki Makaurau awaits the opening of the borders.

Te Rūnanga o Ngāti Whātua has been working alongside police, health providers and iwi to contain the spread of the Delta outbreak since the lockdown.

Chief of operations Antony Thompson said the influx of people travelling into their rural districts will threaten those who are most vulnerable.

He said they are really concerned because vaccination rates in their rohe are still behind, and their resources are stretched.

"Apprehensive - we're very apprehensive about what the 15th of December is going to look like.

"As many people know, we've been on the borders with our kaitiaki working with the police and the navy for 101 days now, we've been there hand in hand.

"We're really concerned because we know the vaccination rates aren't at the 90 percent that we'd like to see, we're getting there and we're still pushing," he said.

The iwi has been tackling the task of trying to manage the Delta outbreak and within the perimeter of the Auckland border as much as possible.

Despite Delta having spread to various regions around the country, Thompson said the iwi's staff and partners have been monitoring those outbreaks and for now they are manageable, but if there was to be more regional travel, their capacity could be under threat.

He was particularly worried about the influx of people travelling through the Auckland border towards Northland where the rūnanga extends to.

Thompson said Te Tai Tokerau staff and providers have been stepping up their efforts and have been making progress, but they were still focused on hitting the overall 90 percent vaccination status.

"When you look at the situation for Te Kahu o Taonui, the 12 iwi of Te Tai Tokerau of the north, together we work collaboratively with everyone for better outcomes...

"We need to get our vaccination rates up to a certain level so we know that we've got a good protection layer against any possible outbreaks.

"People have responded and we've got a lot of whānau who have come forward to get vaccinated," he said.

Resourcing was the main issue the iwi was facing while trying to prepare for any possible increase in community cases once restrictions loosen.

The iwi was already deploying their resources to vulnerable whānau in the community while working alongside marae and other local providers to help extend their outreach of health and wellbeing services to everyone.

Thompson said helping to monitor Covid-19 positive people isolating in their homes was an additional effort.

"We don't have the resources and we don't have all the extra staff on board to attend to every isolated incident in our rohe.

"Some of our remote communities are an hour away from the nearest township or the nearest hospital, sometimes up to two and a half hours away so we've got to make allowances for anyone who needs those services.

"There's a whole lot of other things that you have to think about as a contingency while looking after communities," he said.

Te Rūnanga o Ngāti Whātua was stepping up its capacity as much as possible, delivering essential services to people while continuing to share information in preparation for a transition to the traffic light system and the Auckland border opening.

Thompson said communication from the government to assist iwi providers about the new decisions had been weak and this had put further pressure on them to adjust quickly.

"It's extremely frustrating not to be a part of that decision table...we've got knowledge and a set of recommendations that we'd like to make.

"The prime minister said the Crown were working with iwi in Te Tai Tokerau. No one's actually called us yet, Ngāti Whātua hasn't been approached but we've made approaches.

"We're having to rethink, re-train and re-do a lot of what we're doing," Thompson said.

The rūnanga in the meantime were preparing further resources, infrastructure, health, and social services with the aim of being ready when restrictions loosen.

They were calling for more precautions and security at the Auckland borders when the city does open, signage along the roads cautioning unvaccinated travellers, testing stations along the highways and, lastly, a boost in resources from the Ministry of Health and the Northern Regional Health Co-ordination Centre.

The iwi is asking that whānau restrict travel when the traffic light system begins to help protect their people.