The Whānau Ora Commissioning Agency says claims made by Minister of Health Andrew Little and Director-General of Health Dr Ashley Bloomfield that it has now been given data on unvaccinated Māori are inaccurate. 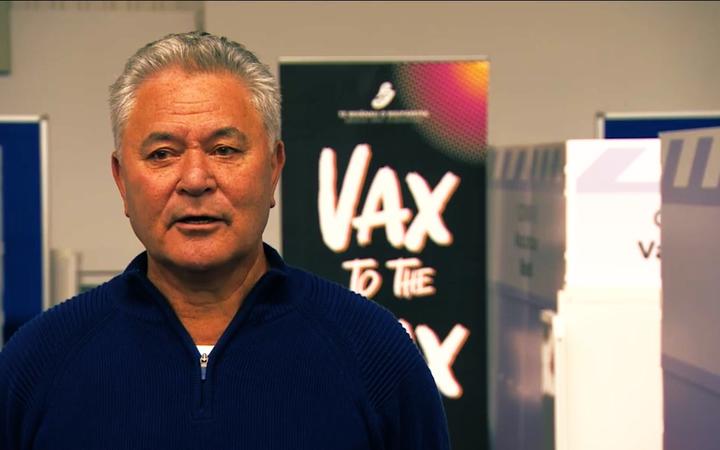 The agency is taking legal action against the Ministry for refusing to release details of people who have not been vaccinated against Covid-19. It has asked the ministry to provide contact details of all unvaccinated Māori in the North Island.

Bloomfield made his comments on the issue during an interview on Waatea News on Friday.

"We have and are continuing to share data with Te Whānau o Waipareira, or the Whānau Ora Commissioning Agency, with their providers, iwi and other groups at a small area level, but also individual level data."

Bloomfield said the Ministry had agreed to release all data on unvaccinated Māori in Auckland and Hamilton to the commissioning agency.

Little made similar comments during an interview on Newshub Nation on Saturday and said data relating to Māori in Auckland and the Waikato had already been released.

"I understand some data has been released in the last couple of days that meets Whānau Ora's needs, there is still some that the Whānau Ora Commissioning Agency says they want more of and there are ongoing discussions to be had," he said.

But according to Whānau Ora Commissioning Agency chief executive John Tamihere, it hasn't been given data.

"We've received nothing," he said.

"I don't necessarily blame Andrew Little here, he's only as good as what he's been told and he's obviously been misled. But someone's not telling the truth here."

Tamihere said a team from Whānau Ora provider Te Whānau o Waipareira Trust has just returned from Northland where it delivered almost 3000 vaccinations in a week as part of the vaccine roll-out.

He said if it had the data on who hadn't been vaccinated it could have taken a more targeted approach.

"We could have done double that because of our capacity, but we were fishing, we didn't know where we were going," Tamihere said.

"Why would you impair an organisation that you know can deliver? It's disgraceful."

It follows news last week that the agency was planning to take further legal action against the Ministry over its refusal to release data on unvaccinated Māori.

Its lawyers have now filed papers in the High Court in a bid to force the Ministry to release the information.

The outcome of a previous High Court hearing released on 1 November, ruled against the Ministry, asking it to reconsider its decision to withhold the data on unvaccinated Māori in the North Island.

But on 5 November Bloomfield contacted the agency to say the Ministry had reviewed its earlier decision and would not be releasing the information.

Tamihere said it was disappointing and his organisation would now have to go back to court to try to get the ministry to release it.