Whangārei District Council has taken the rare step of launching legal proceedings against the government in the Wellington High Court over what "ownership" of its more than $600 million of ratepayer-funded three waters assets means. 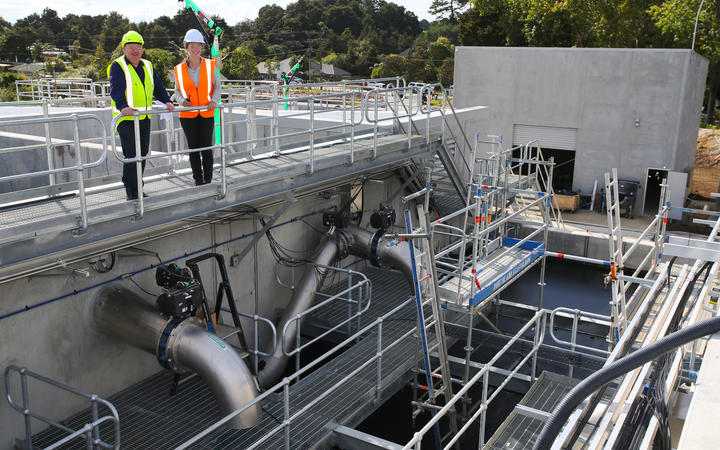 It comes amidst a seismic shift for the future of the council's $633 million of intergenerationally ratepayer-funded drinking water, wastewater and stormwater infrastructure amid national sector restructuring.

Whangārei District Council (WDC) along with South Canterbury's Timaru District Council and Waimakariri District Council on Friday filed an application in the court against Minister of Local Government Nanaia Mahuta and Secretary for Internal Affairs Paul James, seeking a legal judgment over what the word ownership means.

At stake in the David and Goliath battle is the future of the three council's combined $1.76 billion of ratepayer-funded three waters infrastructure servicing 200,000 people. The High Court declaration will have ramifications for all New Zealand councils.

A ruling in favour of what the councils say is the traditional view of "ownership" will likely open the government up to having to pay councils compensation for their Three Waters assets.

Whangārei District Council chief executive Rob Forlong would not comment on whether an appeal would follow, should the High Court decision support the government's interpretation.

He said the government's now-mandated three waters plans appeared based on "ownership" that was very different from what was traditionally understood to be the meaning of this word.

The government had said councils would continue to "own" three waters assets. But that came with them having no control over the assets' governance or management, he said.

A major next step in the national three waters restructure will see the government appoint people to a group that selects others for a board of directors responsible for governing and managing three waters assets.

Forlong said this was akin to "owning" a car or house but having no say over its use, maintenance or development.

The outcome of the challenge has a pivotal function in "where to from here" in the national three waters restructure.

Forlong said the councils had lodged the High Court challenge to get an independent definition of what "ownership" meant.

An independent declaration would enable all those involved in the ongoing restructure to be working from the same page.

He said the legal proceedings had been filed to affirm local government's rights and obligations as infrastructure asset owners.

The government has mandated councils into three waters restructuring, after initially saying participation was optional. This includes making it mandatory for councils to transfer control of their three waters infrastructure.

Forlong said WDC owed it to its community to lodge the application.

The council acknowledged the government as sovereign but said it was important to get any restructure right.

"There's a lot at stake. The community is concerned about this. If the government gets this wrong, there will be huge issues into the future," Forlong said.

He said other councils were closely watching the outcome of the High Court decision.

The three councils are also seeking a High Court declaration around the government's public education campaign around three waters.

It wanted clarification on whether the campaign included "incorrect or misleading information in regards to local councils' rights, obligations and duties".

Three waters restructuring has seen the government recently set up working party involvement in the process after major council resistance to the now-forced restructure.

Meanwhile, Far North Mayor John Carter is among 30 mayors and councils nationally to sign a letter to Prime Minister Jacinda Ardern seeking a meeting over the mandated three waters restructure.