Two siblings from Kāwhia are urging their whānau to get vaccinated decades on since they both fought and survived polio. 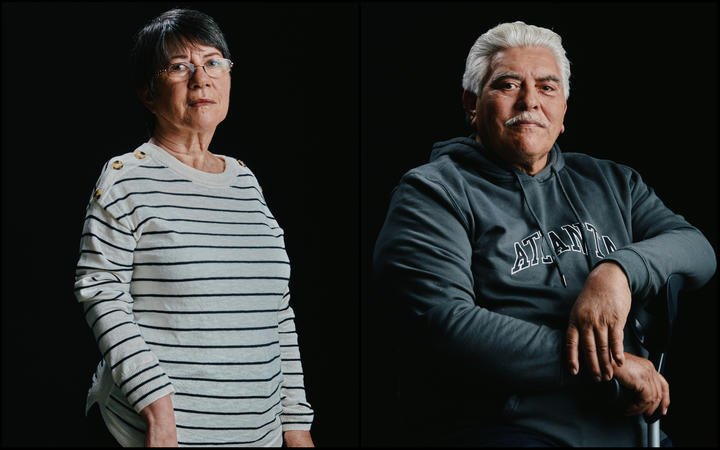 Siblings, Maea Marshall and John Forbes, are urging their whānau to get vaccinated decades on since they both survived polio. Photo: Supplied / Mark Hamilton Photographer

Maea Marshall and John Forbes were both only children when they caught polio and became paralysed - and still suffer from remaining injuries today.

With the spread of the current Delta outbreak, they are pleading for whānau to get vaccinated so that their mokopuna do not have to face the same health challenges.

Forbes said they were strong supporters of vaccinations because they would hate to see children who can not get vaccinated unnecessarily contracting the virus.

Adults needed to make the choice to protect the next generation, he said.

"We're certainly for vaccination because one of the things that I'd hate to see is people experiencing an unnecessary health situation that they need not have and it's not so much the adults that I'm referring to, adults can have a sense of choice, but in terms of the children, the ones that are under the age of vaccination eligibility is really where I am pretty adamant about that.

The brother and sister duo who are now in their late 60s and early 70s are the faces of a new photo campaign alongside their children and mokopuna to spread the message about the importance of getting vaccinated.

Their photos will be displayed as posters around the Kāwhia harbour area helping to encourage those who are hesitant to get their vaccines to perhaps better understand the risk the virus brings to whānau and especially children, just like polio did decades prior. 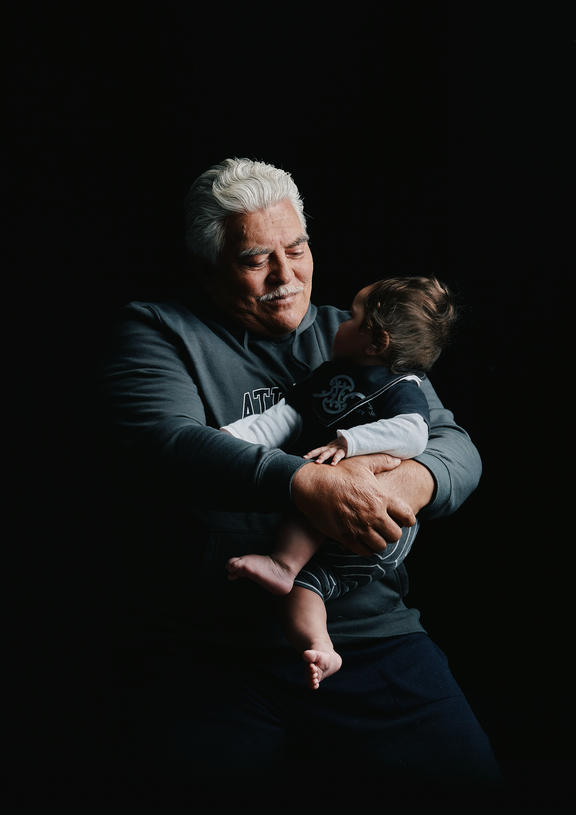 Raised on a sheep station in Marokopa, Maea and John describe their childhood as being a "wonderful upbringing" while living on their parents' farm.

They recall the environment as being a rural community where they had a deep connection to their te ao Māori whakapapa.

But when Maea was 18 months old and John was 4 years old the two young children contracted polio and immediately both became sick at the same time.

"I was only 18 months old when we both got polio and I was left with paralysis in my right arm," Marshall said.

"My father and my brother were sent away because of a fear of getting infected with the virus and so it was just my mother, my sister and myself at home," Forbes said.

"When we got polio, I can remember the moment that my sister and I became paralysed where I lost the use of both my legs at that time and my sister lost the use of the upper part of her body at the right arm and her neck.

"I got up in the morning and went to the toilet and I actually ran back to the bedroom because it was cold as those old houses weren't insulated like they are today and as I went to get up I collapsed onto the floor and at that very same moment, my sister, she flopped to one side and the paralysis took place at exactly the same moment as myself - we obviously contracted the disease together," Forbes said.

Decades later the siblings still carry the long-term effects of the virus and have never fully recovered.

Their physical ability and bone strength has weakened even more over the years as they have dealt with what is called post-polio syndrome.

But that has not prevented them from living a full life and the pair have always had a positive attitude and a sense of determination towards the obstacles they have faced and have chosen not be victims of the virus.

During their recovery while coming to terms with the consequential impacts of the virus, they credit their parents as being their most valued support systems.

"Our mother, she was our strength, I mean both our parents were, but our mother brought us up to not be disabled," Marshall said.

"I guess to people looking on it looks challenging but to John and me, it's quite normal.

"Our father was also very instrumental especially with me in the expectations that - you can do anything."

"That's my normal, I don't know any different, I've just always grown up managing all the challenges," Forbes said.

The siblings explained that back during the polio epidemic of the 1950s, inoculations were not readily available for rurally placed Māori communities like theirs.

The pair did not receive their vaccine until after they had already contracted the virus.

Now over half a century since they fought and overcame the polio epidemic, they are calling for Māori communities of today's generation to draw awareness from their experience by protecting the most vulnerable generations from the long-term effects of Covid 19 by getting vaccinated.

"Over a period of time I've realised that there's been quite a lot of us who are Māori and have had Polio and everyone of us had missed out on inoculations.

"Inoculations had only just come to New Zealand, but it failed to come to us, we got our injection after we had already contracted the virus and by then we were going through the throws of the virus ... that's why we're for vaccination," Forbes said.

"For me, that's where it begins and ends, it's the children and it is the after affects later in life."

"It takes everything to overcome this fight, it's not isolated, a virus does not discriminate- You just have to use everything at your disposal to protect who you are and your whakapapa," Marshall said.