Napier City Council's decision to add Māori seats around the council table is being labelled a bittersweet victory by mana whenua. 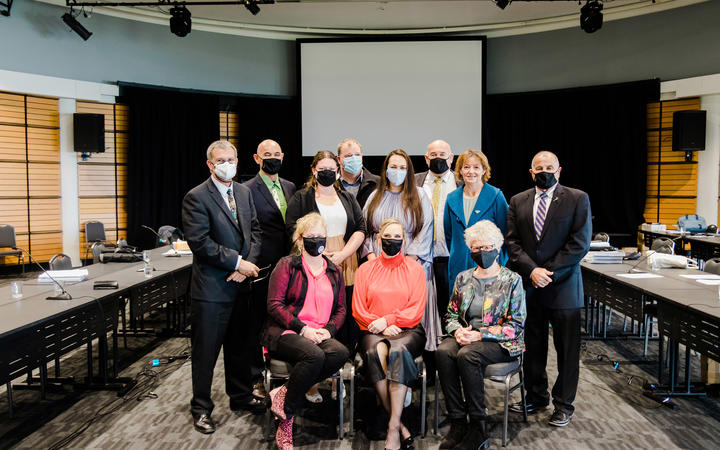 The council has voted to establish Māori wards, but they will not exist for another four years.

This is because the vote was delayed until yesterday, meaning it is now too late for the wards to be in place by next year's election.

Māori representatives belted out a celebratory haka after the council's decision yesterday.

It had been a long time coming, and a big one for council Ngā Mānukanuka o te Iwi (Māori committee) chairperson Chad Tareha.

"Feeling real hopeful, feeling excited," he said after the decision.

Other mana whenua said they were happy, but still had lurking feelings of disappointment over what happened earlier this year.

"It was a really good result, we're really pleased, but also disappointed because it is bittersweet that a decision wasn't made earlier for 2022," she said.

The relationship between the council and mana whenua has been fraught.

Eden said the one small positive of the four years was it would give them time to remedy that.

"Waiting another four years, there's obviously a lot of time to rebuild the relationship between the council and mana whenua and also work on reviewing the current Māori consultative committee which probably is not working well."

But she said the jury was still out on whether the council could deliver that change.

"A lot can change over the next 12 months, two years, three years, in relation to the direction from government as well."

Heather Te Au-Skipworth is a mokopuna of the Ngāti Parau hapū in Ahuriri. She also used the word "bittersweet".

"We still have to wait four more years, whereas if they had voted prior to the deadline, it would be enacted [in] 2022."

The deadline for getting Māori wards over the line for next year's election was May 21.

Mayor Kirsten Wise maintained it would have been a bad idea to rush it.

Over recent years, the council had been in court with residents twice, and councillors did not want to risk that again.

"We really needed to take the time to go out and have an informed conversation with our community, ensure they understood what Māori wards meant," Wise said.

"So that when they made submissions to us they were informed submissions, and they could actually actively participate in the decision around Māori wards."

But Te Au-Skipworth did not buy that, arguing councillors did have time.

Making it easier to have Māori wards was one of Local Government Minister Nanaia Mahuta's big projects. She said once Labour were in power, councils should have been on to it.

"Knowing that they were going to reign alone, I think that should've been a notification to all councillors, which would've actually given them seven months to the 21st of May, so I don't find that as a great excuse, 'cause they would've had two more months than they had from they've got to today."

Wise said the council elected next year would not be able to change yesterday's decision.

"The decision now that it's been made is a binding decision, and that'll be for two terms, so from 2025 for a period of six years.''

More than half the people who submitted their views to the council on Māori wards were against them.

But only people who were for the wards spoke to councillors at hearings.

Ninety-five percent of submitters on the Māori electorate roll were for the wards, with many councillors saying that swayed them.

All but one councillor voted in favour of them.

Eden along with other mana whenua, has lodged a claim with the Waitangi Tribunal, saying the Crown obstructed Māori representation over the ward decision.

She said they were waiting to see if it could be heard under urgency.