Māori and Pasifika students say learning Mātauranga Māori in science has engaged them more in the subject - because they finally see themselves reflected in a western dominated subject. 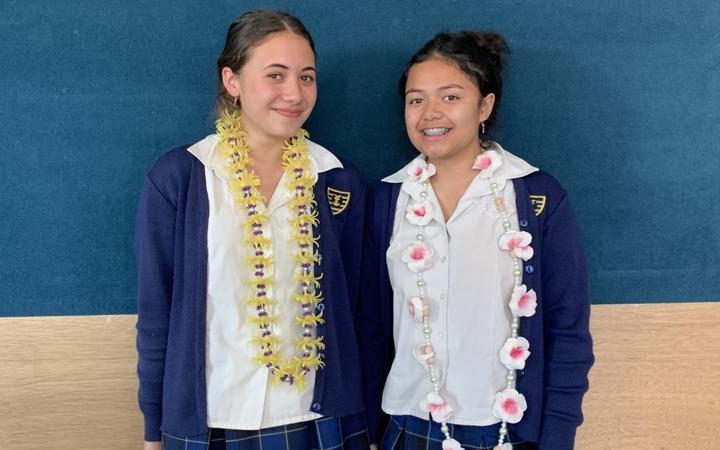 This week a Listener letter to the editor by 7 professors - denying Mātauranga Māori as science - sparked wide debate about the value of Māori knowledge in the education curriculum.

The Royal Society and the University of Auckland made statements that distanced themselves from the letter - saying that they utterly reject the sentiment that Mātauranga Māori does not compare to science.

The letter prompted Year 11 Wellington East Girls' College students, who take Māori and Pasifika Science, to write a response saying they disagree with the contents of the letter.

Their response goes on to describe their curriculum which is a combination of western and indigenous science which includes wayfinding, traditional medicinal practices and indigenous climate and weather prediction and monitoring.

They say both western science and indigenous science are needed to help solve world problems such as climate change, health issues and ecological issues such as polluted waterways.

They call on the academics to rethink their perspective, as outlined in the letter to the editor, that "indigenous knowledge... is not science".

Year 11 student, Niva So'o, said the class has provided a different perspective on science that she didn't know she could have.

"I think for Māori and Pasifika girls, we are more prone to not being as confident when it comes to sciences, because we don't see it relate to ourselves and to our own people.

"This course puts a whole new perspective on things because it connects our people to what we are learning about."

Another student, Ojhan Aukuso, said their teacher, Assistant Head of Science Katherine Haines, encouraged them to discuss the letter and the concept of Mātauranga Māori in education.

"We felt it was important - at the moment we are learning about colonisation and how it effects certain aspects of society - such as health and education.

"The way that Ms Haines has brought Mātaurauranga Māori into it - it's a merge of sciences - we did a whole topic of how the moon phase effects the way our ancestors did things - the way they observed and learnt how to do things.

"It sparks more interest in what we are learning, in biology where you are just dissecting things whereas when we were doing it we do karakia and talk about the mauri of things and thinking about the bigger picture."

Aukuso said it's made her feel more connected to her whakapapa more than ever before.

"My mum, who is Māori, doesn't live with me so it was kind of like a history lesson for those who aren't as close to their whakapapa. So I learnt a lot more than I thought I would or I learnt things that I didn't know that I would learn in science - that was a key part and made it more distinct - rather than learning what I thought was science."

So'o says it is crucial that, if you live in Aotearoa, that you are educated about the history of this country and show appreciation for that knowledge.

"One of the reasons why indigenous knowledge and science isn't appreciated is because it is mainly passed through oral traditions, storytelling or song - it is expressed in stories and metaphors but it is still really is the principals of what is traditionally known as 'science.'"

The students spend a lot of time out of the classroom learning and understanding the environment and applying their knowledge in the real world - going out on the water and into the ngāhere.

"When we are learning, we aren't just given pages to read - it is practical and it is theory." So'o said.

"For example, we both just finished class and we asked what did you learn and we say we did this and this... they go I'll have no idea what we are gonna do in the exam because I wasn't even listening," Aukuso added with laughs.

Prior to talking to the students, their teacher Ms Haines was insistent that she didn't speak on their behalf - that they led the conversation.

But with some coaxing the proud teacher adds that, for her, it's about upholding The Treaty.

"As a teacher, the most important thing we can do is honour our commitment to Te Tiriti and a part of that for me is creating a bicultural curriculum and currently our curriculum is western sometimes with some bits in te reo... but essentially our education system is all from a Pākehā lens.

"So that is what I am trying to do with this course to aim for mana orite (equality) for Mātauranga."

Asked if they will pursue other sciences in their final two years of College - So'o and Aukuso said this subject has given them the confidence to do so.