The University of Auckland and Royal Society are distancing themselves from a contentious letter dismissing mātauranga Māori by some top academics. 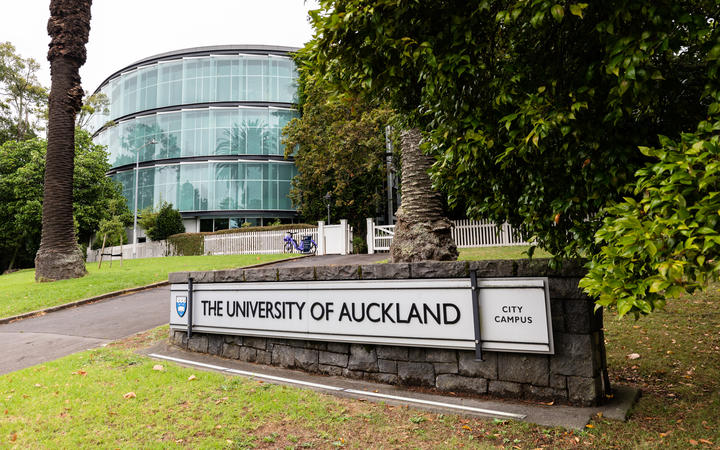 University of Auckland vice-chancellor Dawn Freshwater says the letter does not represent the views of the university. (File image) Photo: RNZ / Dan Cook

They raise their concerns about an NCEA working group's proposed changes to the school curriculum that will ensure parity for mātauranga Māori with other bodies of knowledge.

Their main objection is with a particular description as part of a new course - which "promotes discussion and analysis of the ways in which science has been used to support the dominance of Eurocentric views (among which, its use as a rationale for colonisation of Māori and the suppression of Māori knowledge): and the notion that science is a Western European invention and itself evidence of European dominance over Māori and other indigenous peoples."

The academics say although indigenous knowledge may play some role in the preservation of local practices and in management and policy - it "falls far short of what can be defined as science itself".

They said mātauranga Māori should not be accepted as an equivalent to science, adding "it may help ... but it is not science".

Another point of contention was the claim that "science itself did not colonise", but that it was used to aid colonisation.

People online pointed out that James Cook's expedition to Aotearoa was described as a scientific expedition, and that the many involuntary test subjects in colonial scientific studies around the world may well disagree with that claim.

Many Māori are also outlining that non-Māori academics should not determine how or what mātauranga Māori is and that positionality is crucial when it comes to the discussions around the Māori school curriculum.

Indigenous rights advocate Tina Ngata wrote in a blog post: "None of these authors have been or will be primarily impacted by the intergenerational dispossession or denigration of Mātauranga Māori."

Associate professor Ocean Mercier focuses on how mātauranga and science connect and relate, particularly in educational and environmental contexts.

Mercier said what the professors outlined in the letter was not new and came up from time to time.

"This is a very old argument actually that is coming from scientists who are very deeply steeped in a particular set of scientific norms that go back a long way and they have their roots in colonialism," she said.

"If there's any mistrust in science, it comes from those historical legacies of research that has been harmful to indigenous peoples, to Māori, to minorities, to women."

She said New Zealand's inherited curriculum enhanced a dominant view of science from a particular tradition, which left little room for questioning science and its claims of being universal.

"I think if there is one thing this particular incident reminds us off is that there is need to decolonise first, to decolonise the science systems before we can create a safe space for mātauranga and indigenous knowledge, this is a reminder that this space is not completely safe."

In an email sent to staff yesterday, University of Auckland Vice Chancellor Dawn Freshwater said the letter "has caused considerable hurt and dismay among our staff, students and alumni."

"While the academics are free to express their views, I want to make it clear that they do not represent the views of the University of Auckland."

Prof Freshwater said the institution had respect for mātauranga Māori as a valuable knowledge system, and that it was not at odds with Western empirical science and did not need to compete.

"I believe Aotearoa New Zealand has a unique opportunity to lead the world in this area. The University of Auckland, as this country's largest research institution, should be and will be at the forefront of this exciting exploration."

Several other academics have published an open response to the letter stating they categorically disagree with their views.

Signatories include Shaun Hendy, Siouxsie Wiles, Andrew Sporle and Tara McAllister and a numer of others.

In the response, they state the professors claim that "science itself does not colonise", ignores the fact that colonisation, racism, misogyny, and eugenics have each been championed by scientists wielding a self-declared monopoly on universal knowledge.

"While the Professors describe science as 'universal', they fail to acknowledge that science has long excluded indigenous peoples from participation, preferring them as subjects for study and exploitation.

"We believe that mistrust in science stems from science's ongoing role in perpetuating 'scientific' racism, justifying colonisation, and continuing support of systems that create injustice.

There can be no trust in science without robust self-reflection by the science community and an active commitment to change, the group said.

Signatories respond: 'It is not science - we stand by that'

One of the signatories, Elizabeth Rata, said she was pleased the letter had prompted much discussion and she along with the other signatories stand by it.

Ok, not wanting to provide a platform but not sure if the Listener places its Letters to the Editor section online, so here it is. pic.twitter.com/vyNQ5juT7o

The professors said there was no agreement nor clarity among mātauranga Māori writers about what it is, which the academics say makes it difficult to discuss it.

They said they were concerned the Royal Society had thrown its weight in defending ideas about which its proponents disagreed, and were unclear.

"It is not science. We stand by that.

"In addition, if mātauranga Māori is to be included so fully into the education system at all levels, then it needs to be subjected to full critical scrutiny - as do all science claims."

Māori academics online have been encouraging people who do not agree with the letter to lodge a complaint to the Royal Society.

The scientific academy said it had received numerous emails about the letter.

In a joint statement, president Brent Clothier and academy executive committee chair Charlotte MacDonald said they deeply regret the harm such a "misguided view" could cause.

"The recent suggestion by a group of University of Auckland academics that mātauranga Māori is not a valid form of knowledge is utterly rejected by Royal Society - Te Apārangi.

"The Society strongly upholds the value of mātauranga Māori and rejects the narrow and outmoded definition of science outlined in The Listener - letter to the editor."

The Tertiary Education Union (TEU) penned a letter to the academics, telling them their letter to the editor was damaging and ill-advised.

TEU said to some members it seemed designed to attack and offend, rather than present a reasoned academic argument.

It said members found the letter offensive, racist, reflective of patronising, and of neo-colonial mindset.

"Your letter neglected to engage with or mention the many highly accomplished scholars and scientists in Aotearoa who have sought to reconcile notions of science, mātauranga Māori, and Māori in science," the TEU letter stated.

"Our members worry that you have undermined the mana of many indigenous scientists and scholars who are working to understand the ways in which knowledge accumulates. Your letter will do little to encourage (and much to discourage) Māori to engage with science."

In response to the accusations of racism, signatory Elizabeth Rata said it was not worthy of a response.

"I actually don't have a response. My response is what that deserves."